Front Row Labs (Newtown, Penn.) — a relatively new entry into the venture scene in the New Jersey–Pennsylvania area — announced last week that it had launched its inaugural funding competition, which is running from January 15 to April 30.

The group, headed by CEO Mark Clifton, former CEO of Princeton Identity (Princeton),  and cofounded by Michael Korsky and Val Shtrak, will invest up to $1 million in each of the selected companies, and provide free space and consulting at their upcoming collaborative incubation workspace, to be located in Pennsylvania or New Jersey. (As of this writing, Clifton and the team have not yet determined the exact location.)

Front Row’s investors are looking for companies that are primarily software-oriented and have Software-as-a-Service (SaaS) models, Clifton said. They are open to most verticals. One area of expertise is human resources.

“We’ve also started a new company in the HR space to use AI [artificial intelligence] to try to improve the ability to predict culture and the affects culture will have on a business.”  Front Row isn’t looking for bio-science or hardware companies, he said.

In an interview in October, Clifton noted that Front Row Labs is an incubator/accelerator that’s trying to take the “best parts of a small business accelerator and the best parts of an incubator and combine them together. We’ll create some really nice space for startup companies. Then, we’ll combine that with full-time mentorship, C-level support and the other support that small businesses need when they are starting out.”

Front Row is “trying to change the way startups are succeeding,” Clifton told us. Right now, the startup success rate is low. “I think the failure rate is over 80 percent, and we think we can change that. The way we can change that is to supplement the startup’s staff and provide that hand-in-hand support to the small business to build a solid foundation for execution to make them successful.”

Typical accelerators take portfolio companies through a 12- to 16-week boot camp, and then the startups are out on their own, Clifton said. Once they are on their own, they know what they need, but they don’t have it.

Front Row is investing in these companies at the seed stage, when they have a great idea, but don’t really know how to execute it. “We can provide that missing layer, we think,” Clifton said.

“We are also offering the ability to develop technology at a very low cost for the startups. If they needed apps developed, for example, we have some offshore resources we can pull in. We can provide some really nice software capabilities for these companies without their having to hire their own developers. We already have vetted people we work with all the time that can do that.” Seed funding isn’t provided through Front Row, but it will come from the same investors that are backing the accelerator, Clifton said.

The competition is free to enter, and entrepreneurs with early-stage technology companies are encouraged to fill out a submission form at www.FrontRowLabs.com/contest. To have the best chance of being selected, companies should meet the following criteria:

During its three-and-a-half month run, the competition will follow a rolling submissions process. Selected companies will be invited to pitch Front Row Labs executives at the new collaborative incubation workspace. If your company is selected, Front Row Labs will contact you to schedule the next steps.

119 More posts in Emerging technologies category
Recommended for you 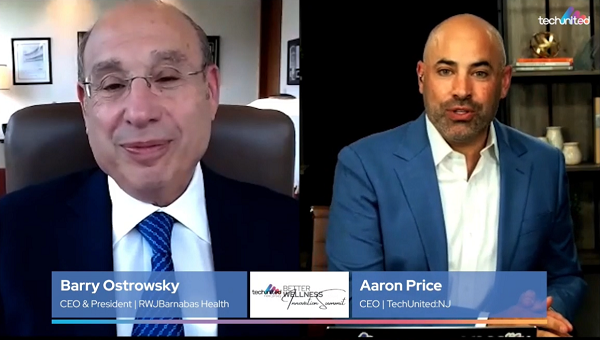 When Aaron Price, TechUnited:NJ president and CEO, kicked off the BetterWellness Challenge, he asked Barry...