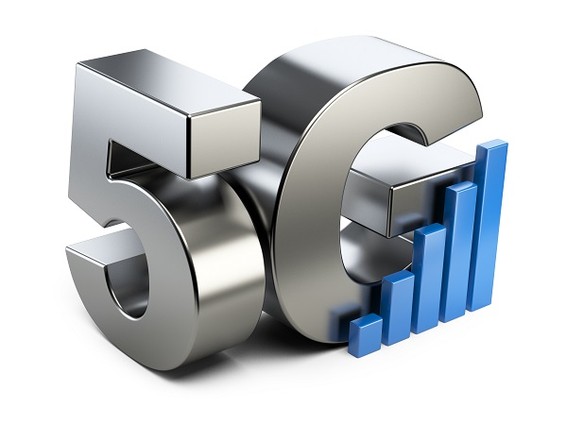 Verizon and ATT are carrying out 5G trials. | Copyright: lcs813

Verizon (Basking Ridge) announced this week that it had completed its 5G radio specifications, and that it was the first carrier to do so.

The specification is the product of collaboration within Verizon’s 5G Technology Forum, a working group that has defined parameters for 5G specs in advance of future standards. Members of the forum include Cisco, Ericsson, Intel, LG, Nokia, Samsung and Qualcomm Technologies .

Some of the pre-commercial trials are taking place in New Jersey. Earlier this year, Verizon announced progress with field tests that examined the new 5G technology in real-world environments.  The company said that its goal was to accelerate the pace of innovation and to enable the industry to deliver faster the benefits of fiber functionality wirelessly to customers.

“The completion of the 5G radio specification is a key milestone toward the development of a complete 5G specification,” said Adam Koeppe, vice-president of network technology planning, who is leading the 5G trial efforts.

“The level of collaboration that we are seeing exceeds what we saw during 4G. This agile way of developing the specification and working with the ecosystem will enable us to get to market rapidly.”

The company also noted that it is working with KT Corporation (Seoul, Republic of Korea) on a harmonized 5G specification. Verizon and KT Corporation recently signed a memorandum of understanding to support their mutual interest in collaborating on future mobile and broadband technologies, including 5G wireless technology, SDN/NFV and GiGA technologies. Lowell C. McAdam, Verizon chairman and CEO, and Dr. Chang-Gyu Hwang, KT Corporation CEO, signed the document in a ceremony on June 24 at Verizon’s Basking Ridge headquarters.

In June, AT&T had announced that it was doing system and software architecture lab work at the AT&T Labs site in Middletown.

“We’ve seen great results in our 5G lab trials, including reaching speeds above 10 gigabits per second in early tests with Ericsson,” said Tom Keathley, senior vice president for wireless network architecture and design, AT&T (Atlanta).  “Nokia is joining to help us test millimeter wave (mmWave), which we expect to play a key role in 5G development and deployment. The work coming out of AT&T Labs will pave the way toward future international 5G standards and allow us to deliver these fast 5G speeds and network performance across the U.S.”

In addition to reaching multi-gigabit speeds, AT&Ts initial 5G lab trials have also simulated real-world environment scenarios and strenuous conditions, such as increased amounts of data transmission at a given time, similar to situations that customers might see at a concert or football game. This lets AT&T test key network advancements, including connectivity signal performance, reliability, range and coverage, the company said in a release.

Early latency performance tests have shown positive signs for future consumer experiences, such as self-driving cars, AT&T added. For example, in order for the self-driving car experience to meet future customer expectations, it will be critical to quickly communicate with other connected vehicles and objects while navigating the street, the company said. 5G multi-gigabit speeds and very low latency will enable this feat to become a reality in years to come.

AT&T said that, by the end of the summer, it expectsto conduct outdoor 5G wireless connectivity trials to fixed locations in several places including Middletown, N.J.