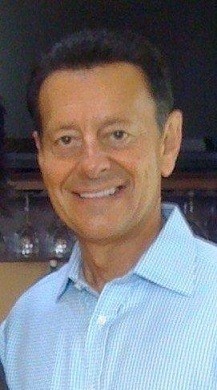 BIO-key, the Wall-based fingerprint biometric identification company, says its business is taking off.

In fact, the company’s OEM business, including the mobility segment, generated over $500K in revenue in the fourth quarter FY2014, and nearly $2 million for the full fiscal year, according a release.

The company attributed some of its growth to strategic partnerships, including a development agreement with InterDigital Corporation, and to collaborative development efforts with Advanced Micro Devices and Trustonic.

The company expanded the capabilities of its Vector Segment Technology algorithm — validated by the National Institute of Standards and Technology — to include full size, small-area and swipe sensors.

BIO-key also licensed the technology to sensor manufacturers for delivery with their sensor hardware, resulting in growth in its 2014 revenue, the company said.

At the end of September 2014, BIO-key introduced a compact fingerprint reader called the “SideSwipe.” The device, which retails for around $35, plugs into any computer with a USB port.

“The reason we introduced this product was to capitalize our software sales opportunity,” said Mike DePasquale, BIO-key chairman and CEO, in a brief interview with NJTechWeekly.com.

BIO-key customers have been looking for a complete solution, according to DePasquale. “They want to utilize our software, but they also want to purchase a very inexpensive high-quality finger sensor from one company that they can use along with the software to access all different types of applications.”

After talking with its customers, the company decided to go forward with the product, even though it does not consider itself to be in the hardware business. “We sourced this through a very large contractor in Hong Kong, and they are making this for us. We are not in the manufacturing business and we are not in the design business in the context of hardware.”

Asked for an example of an industry that might find a packaged hardware/software solution attractive, DePasquale suggested financial services. Some financial institutions send tokens to their commercial or high-net-worth customers to provide them with access to their accounts, but this is not the best solution.

“Tokens are not very secure, and they are inconvenient,” he said. “You have to put in a unique ten-digit code in order to access your account.”

The unit connects via a USB port, so it can be used with a tablet, PC or notebook computer, said DePasquale. BIO-key supports Android, Windows and iOS, but Apple doesn’t have any USB ports on their tablet devices, he explained.

“It’s pretty clear that the standard passwords, tokens and cards are really going by the wayside. With the introduction of finger scanners in mobility devices, you are going to see fingerprint biometrics take a front position in authentication. What BIO-key is trying to do is really revolutionize authentication by making the technologies available to enterprises and then, ultimately, down to consumers.”

In the company’s most recent press release, DePasquale said, “It is clear that no single company has deployed a commercially viable mobile fingerprint solution that can be considered secure without compromising user experience. Through our partnerships, we have developed a true end-to-end platform that provides highly accurate fingerprint matches on any device or in any network or cloud.”

“We are also working to include software to detect ‘liveness’ reducing ‘spoofing’ that has affected many popular biometrically enabled devices,” he added.