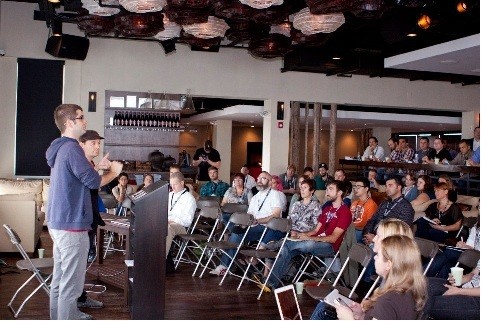 Ever want to set up your own hyperlocal online news site? The New Jersey News Commons has some grants to give away to citizen journalists seeking to start independent online news web sites for underserved populations. The “Grow and Strenthen” grants are funded by the New Jersey Recovery fund, and aim to build up the state’s news assets.

Six citizen journalists will receive a $3,500 grant along with training in setting up a site and managing a small news venture. Sandy-struck areas will get priority, however, proposals to cover any under-reported geographic area, topic or demographic will be considered.

A panel of judges will select the grant recipients. Judges include Star-Ledger columnist and Pulitzer finalist Mark DiIonno; Merrill Brown, director of the School of Communication and Media, Montclair State; and hyperlocal publisher and investigative journalist Polly Kreisman.

Applications for this program must be received by Monday, September 9 at 11:59 PM. Those with ideas for new sites can download application here. Contact Laurie Petersen for more information.

A TEDxNJIT event in Newark Sept. 12 at 6PM will mostly cover the intersection of life sciences and engineering,  but should be of interest to some NJTechWeekly readers. The theme is Think Big, Think Small. The organizers say this event will inspire you to think of how small ideas can have a big impact and big ideas are implemented in a small scale. You can register here for the event or catch it through live streaming.

TEDxNavesink: The Next Wave will be held live from 8 AM  to 5 PM Friday, September 20, at the Brookdale Community College Performing Arts Center,  Lincroft. Speakers include Tereza Nemessanyi, a seasoned media and technology entrepreneur and executive, who leads Microsoft’s presence with startups in the East. She will talk about high-growth startups and the world’s largest enterprises.

Robert Lucky, electrical engineer, inventor, and former head of research at Bell Labs and Telcordia Technologies, will talk about technology, society, and engineering culture as well as his participation as an active member of the board of the Fort Monmouth Economic Revitalization Authority.

Gabriella Levine, award-winning creative technologist, interactive artist and open-source hardware designer, will discuss the relationship between technology and ecology and share news of her global experiments using robots. Also, Allon Hillel-Tuch, Co-founder and CFO of the crowdfunding site RocketHub, will share how his company has helped thousands of artists, scientists, entrepreneurs, and social leaders raise millions of dollars for their projects worldwide.

NJTechWeekly also spotted talks from John Shammas (Meddle) on software development as the new home economics, Avi Karnani on New Jersey as the next Silicon Valley, and NJIT’s Don Sebastian on Clusters of Innovation.

Registration is now open for the second HackJersey Sept 21, a daylong hack day at NJIT. This very focused event will have two tracks: one for experienced coders who will build an app or widget out of the Sunlight Foundation’s Open States API and another for non-coders who will go on a data expedition to find the biggest political donors in NJ, see who has been taking their money, and relate that to laws that have been passed or defeated.

More information is here, but be warned, organizers say “because our teams will be geared toward meeting a goal or producing a finished website by the end of the day, it will be critical for us to ensure that folks who sign up will attend the event.”

The NJ Tech Meetup in Hoboken, along with other tech meetups, will be hosting a Spark Summit again at the end of October. Details aren’t up on the site as of this writing but you can register here. Last year’s event, which focused on tech entrepreneurship, was chock full of excellent speakers and panel discussions. We covered some of it here and covered Simon Nynen’s keynote here. There was so much going on at the last Spark Summit, we couldn’t cover it all.

And Lean Startup Machine Newark is already creating buzz for its weekend event in November, Nov. 8-10. It’s three days of whiteboarding ideas, validating with customers and receiving support and mentorship from successful entrepreneurs, product developers and investors. See our coverage of the March 2013 event here and here. More details and registration can be found here.