Home » News » After the Accelerator: What’s Next for the First TechLaunch Class 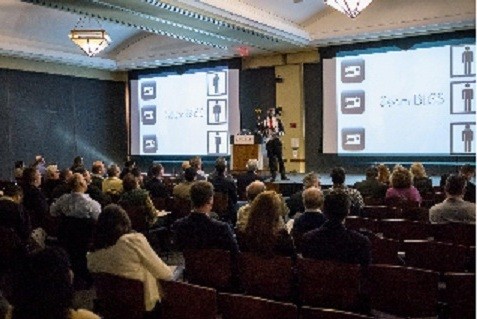 On November 14, 2012, TechLaunch — the first tech accelerator supported by the state of New Jersey — graduated its first class of companies during a Demo Day that clearly showed how an intensive education and mentoring program can help entrepreneurs turn an idea into a business.

It goes without saying that the 10 teams enrolled in TechLaunch have come a long way since they presented their ideas, hoping to be accepted, to Mario Casabona and his group at the accelerator.

Some background: in the summer of 2011, the New Jersey Economic Development Authority (EDA), in conjunction with the N.J. tech and angel investment communities, devised the idea for the Edison Innovation Tech Accelerator Initiative. Under the plan, the state would contribute $150,000 per year for three years to partially finance a program through which innovative tech startups could be nurtured and receive funding. An industry partner would contribute equity and administer the program.

Given all the press coverage following Demo Day (links provided at end of this article), NJTechWeekly.com wanted to present a different spin on things — the companies’ plans going forward.

Specifically, we asked if the companies were staying in N.J., the state that had nurtured their fledgling ideas. This was important given the Garden State’s participation in financing these young companies. Yet N.J., wisely, had attached no strings to financing the startups, not requiring them to stay within the state’s borders.

Most of the companies enthusiastically replied that they would be staying in the Garden State.

CodeSquare, for example, said, “We are! Jersey City is where we call home. We have great connections to the shore, New York and Philadelphia. And New Jersey is as close as you can get to Silicon Alley while keeping your New Jersey license plates.”

Flying Kick, whose product is ZenMenu, is also staying here. Cofounder Luis Croussett said, “We are currently in Clifton but would love to be in the Jersey City/Hoboken area.”

LivinSport plans to relocate to the NJIT Enterprise Development Center (Newark). “We want to be part of this growing tech community in New Jersey and contribute toward that,” founder Jason Webley said.

Pervasive Group, the company that makes the MMGuardian app, will be located in Montclair until January but is looking for coworking options in Hoboken and Jersey City.

QuickCliqs said its team has enjoyed working in Montclair and looks forward to continuing to work in N.J.

Dan Ackermann, founder of Photoflow, was adamant: “I was born and raised in New Jersey. We have no intention of leaving the Garden State and hope to build our future on the Jersey Shore.”

NickelBus’ president, Nick Catania, said, “It’s great being just outside the realm of Manhattan. New York City is the perfect location for NickelBus to grow, and our proximity to the city’s center is ideal.”

QuickCliqs’ founder, Jeffrey Duperval, said the company wants to raise $300,000 in funding to continue app development, user acquisition and marketing and will use some of that to hire iPhone and Android developers in 2013. For marketing, he noted, “we are looking to hire college students interested in joining the QuickCliqs street team to help spread the word on university campuses.”

NickelBus told us it has already started creating jobs in N.J. “We have a number of consultants who are transitioning into full-time employees as NickelBus grows,” said Catania.

LivinSport’s Webley said his firm can use an additional programmer versed in jQuery, JavaScript, PHP and HTML5. “We can really use a good front-end designer,” he added. Flying Kick said it would be making some key hires in the near future.

Of course, for many, hiring depends on funding. CodeSquare said that from its first funding round, its first hires will be in marketing — the company is looking for someone to take on a mixed role as a community manager and public relations mangeras well as someone who can handle sales.

SeamBLiSS , which, according to cofounder Shawn Oates, is staying in N.J. for the time being, said it plans to acquire a full-time developer in the coming months. “As we begin to bring in revenue, we are raising a small amount of seed funding or bridge financing to propel our business,” Oates said.

Photoflow’s Ackermann said once his company closes its first funding round (it is seeking $500,000), it will be looking to fill two new sales positions to help expand its vendor network.

Echolocation, which has developed the location-aware mobile app Echo, is returning to the NYU Poly incubator in Dumbo, Brooklyn. The company does expect to hire primarily software engineers, community organizers and business development specialists.

NuSkool is not planning to stay in N.J. The company has already moved to 175 Varick Street — the heart of the city’s Silicon Alley — into a tech workspace more accessible for its New York-based staff, Abran Maldonado, president and cofounder, said. “We are, however, considering setting up a satellite office for New Jersey meetings,” he added. “We have been hiring nonstop from August until now. We are excited about our new team members, and as we raise funds and gain traction we will continue to expand.”

Previous: Lessons Learned from Lehigh Valley Startup Weekend! It May Have Changed the Direction of My Life
Next: NJ Tech Community Responds to Sandy (Update 8)