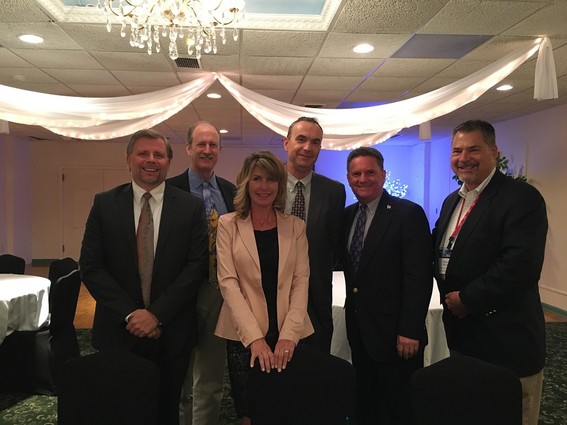 Don’t just network, connect with people. Make sure your LinkedIn profile is up-to-date and matches your résumé. Use a résumé that “brands” you for what you do well. This is some of the advice given by a panel of experts at the Association of Information Technology Professionals — Garden State Chapter June 14 meeting on tech careers.

Branding important for all job seekers

Branding is especially important for job seekers, all of the panelists agreed. And it starts with the résumé. The job seeker has only a few seconds to impress a recruiter or human resources person, so it can’t just be a list of job titles and the numbers of people you supervised.

“It has to tell your IT or management personality,” said Carney. Job seekers need to say something about themselves that personalizes them and makes them different, he added.

He told the group that being on LinkedIn is essential, and his fellow panelists concurred with that as well. Put a complete profile up on LinkedIn, including a photo, and start developing a network well before you’ll need it, he suggested.

“Then build your brand by posting and commenting in forums. Start having discussions online and establish yourself as a thought leader,” Carney advised.

Branding is a nice way to ask yourself “what is the product that the client wants to buy? They want to know what value you can bring back to the organization,” Hoffman said.

Twitter is also a good place to become a thought leader and develop a network of followers, Carney noted. “A lot of people don’t use Twitter because they think they have nothing relevant to say.”

You don’t have to have original ideas on Twitter, he explained. “You can find relevant things to tweet and you can retweet what other people say. All of a sudden, you have a halo effect.” You are thought of as a thought leader because you’ve retweeted other smart people.

John Hadley noted that job hunters need to be consistent in what they post, and must refrain from posting random thoughts. Doing this can hurt your brand, he said. “You want everyone to hear the same thing, that this is what he is really good at and that this is what he is interested in doing. You want that same message to go from the senior executives of a company down to the frontline technicians,” and to people outside the company who can help you.

“You need a set of really short statements in response to the question ‘what do you do?’ that grabs people’s attention,” he added. But he cautioned the group that one’s brand has to be authentic.

Advice on the right way to use a network

Networking is only half of what you should do, said Hoffman. “The secret is connecting with people. You have to get out there, beef up your LinkedIn contacts, go to different organizations like the AITP and the Breakfast Club to get yourself out there.” Don’t abandon people after they get on your contacts list. See how you can add value to their businesses, and try to help them without expecting anything in return, he added.

“When I was in transition, someone gave me fabulous advice,” said Carroll. “They told me I should reach out to my network and just let everyone know that I had changed my contact information, and that I was no longer with the United States Golf Association. I added that ‘if anyone heard of anything and wanted to pass it along, that would be great, but here is how to reach me.’” Carroll noted that she was inundated with calls and emails. “It was a very nonintrusive way” to use her network, she said.

How to grow your IT career

The panelists then tackled some questions on IT career growth.

John Hadley said that people should think of their career as a three-legged stool, with the legs being passions, skills and life goals. “We get trapped into saying: these are the skills I have, so this is what I should be focused on. Or, worse, I have a mortgage to pay, so I need to be at” a certain level in my career.

You always have to start with a passion, he told the group. If you are really excited about what you are going after, then you’ll develop the skills that you need and you’ll expand your passion to include related things. Ask yourself, “How do I take advantage of these skills to achieve my life goals?” If you start from the other end, “you tend to screen out a lot of things that could be really interesting.”

Speaking from a human resources perspective, Ron Hadley said that once you know what you want, “go have the conversation with your manger, talk to your peers and your significant other.” There are often alternatives to moving up to management (where many people are unhappy), but unless you have that conversation, you won’t know about them. IT folks can also tap into the development plan concept, in which you look at where you want to go and develop a plan to get you there, he said.

Finally, Ron Hadley advised the group to “have a positive attitude.” Hiring managers look for people who are comfortable in their own skin, who can answer open-ended questions. “Be the person they are looking for. Treat it like there is no competition for the job, that it’s your job, and if they don’t hire you, it’s their loss.”