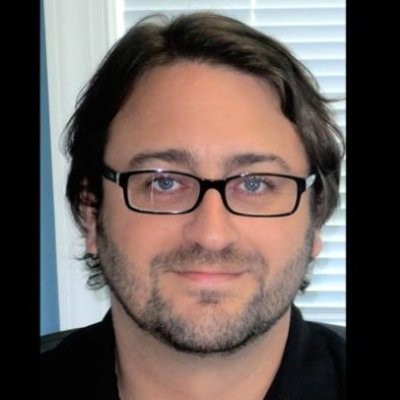 In 2003, when Amazon Web Services was still just a speck on a white board in Amazon’s headquarters, Chris Aker, who had been working full-time in Nashville, decided he wanted to pursue the dream many people have, to create a self-sustaining business.

He realized that virtualization was going to be the next big thing, and the availability of open source software and cheap Linux servers would provide the building blocks he needed to start a low cost web server business. He opened for business in mid-2003 and it was largely a one man operation for a time. He called it Linode, a conjunction of the words Linux and node. Although Aker had a small server business in Nashville, he went back home to the Jersey shore, near Atlantic City, in a town called Galloway and grew the business there. A key early hire was Tom Asaro, who came on board in 2006 and is now chief operating officer.

During that time in the early 2000s, many people were eager to try out the newly available technologies that were making it less expensive to start a business, but my guess is an overwhelming majority of them did not succeed. Aker was one who did.

Aker bootstrapped Linode and never accepted any outside funding. “I’ve been extremely fortunate. The company is privately owned, stable, and 100% debt free”, he told the website Virtual Strategy in an interview in February of this year.

Move forward to 2015, and Linode has kept up with the rapid pace of technology change in the virtual server business. Revenue should just about reach $70 million this year, up from a bit over $60 million in 2014, though revenue (though not volume) growth has been reduced by price cuts in the summer of 2014 to meet its most direct competitor, DigitalOcean. Linode now employs 81.

Linode invested $45 million in 2014 (funded out of retained earnings and a credit line, by which I assume is meant more than Aker’s credit card) to upgrade its infrastructure. The biggest change was probably shifting to native solid state drives (SSD) over the previously standard hard disk drives (HDDs). RAM available to all plans doubled, and network throughput to each host server increased from 2Gbps to 40Gbps.

Data Center Knowledge described Linode’s transformation as going from being a Linux Virtual Private Server hoster to a fully configured Infrastructure as a Service (IaaS) platform.

It also opened up Linode to be more competitive in the enterprise market, rather than being dependent mostly on gaming hosters and indy developers.

Linode continued to invest in 2015, opening a second datacenter in Asia (Singapore); launching its second datacenter in Europe (Frankfurt); switched from Xen hypervisor to KVM and experienced significant user productivity gains; and opened a new office in the New Jersey suburbs of Philadelphia.

But Amazon Web Services, its onetime would-be competitor, had exploded into something with a scale that I don’t know even its own creators could have imagined. Building incredible momentum, AWS expects revenue of $7 billion this year, and is growing 81% over last year according to it most recent quarterly results.

So although AWS redefined the market with an enterprise 100x Linode’s size, and the mega-public cloud providers have largely coalesced into a triumvirate consisting of Microsoft and Google in addition to AWS, there still remains a huge mid-market opportunity to pursue.

Perhaps it was a bit of a shock when a New York startup, DigitalOcean (not to be confused with Digital River, an ecommerce firm acquired earlier this year) announced in early July of this year that it had raised $83 million. Access Industries led the round with participation from existing backer Andreessen Horowitz. Though Access describes itself as “a privately held industrial group,” it essentially looks like a VC firm. The valuation was estimated by sources cited by Bloomberg to be $680 million, which is a lot of money for some Linux server farms.

DigitalOcean was founded in 2011 in Brooklyn by Alec Hartman, Mitch Wainer, Ben Uretsky, Moisey Uretsky, and Jeff Carr. It had actually graduated from the TechStars incubator program in Boulder. DigitalOcean received its first institutional check in 2013, and raised its Series A of $37 million led by Andreessen Horowitz last year before raising its big Series B this year.

While there are certainly differences in IT architecture between DigitalOcean and Linode, I’m not sure that I see any overwhelming technological edge that would constitute a sustainable proprietary advantage for either company.

“We’re not looking to steal the largest customers,” CEO Ben Uretsky said in a phone interview with Bloomberg News. “It’s really about the 20 million software developers that live in the world today and the 30 million that will be there by the end of the decade, for us to build a tool for them.”

While Linode’s capital investment last year was significant, it still pales in comparison to the $173 million Digital Ocean has raised since 2012. Not that cash makes all the difference, but it’s simply a matter of scale and having state-of-the-art technology, which are both important in this business.

So Aker faces some tough choices. By rejecting VC offers, as I’m sure he has done, he’s maintained complete control of Linode, but perhaps is sacrificing the opportunity to maintain a leadership position in the middle market. Each round of capital is going to raise the stakes of the game. Linode can build a niche position, but risks falling behind the technology curve in terms of upgrades. Another option would be to wait until acquiring capacity becomes cheaper than buying, as smaller providers get squeezed. So there are options for Linode, and taking a large round of capital isn’t the only one.

The other change Linode’s been up to is its gradual migration from the Jersey coast north to suburban Philly and ultimately, it says, Philadelphia itself.

While working near the shore may seem idyllic (despite nearby Atlantic City’s woes), Linode has found its current base in Galloway to be too restrictive in terms of conducting business and attracting and retaining talent. So they started a gradual process of moving towards Philadelphia. Incidentally, in the process of researching this article I discovered that Galloway is the largest municipality in New Jersey in terms of land area.

The first stop along the way is in Haddonfield, NJ, at the Kings Hall coworking space, where it had originally hired 15 by the early summer toward a potential goal of 30. The second step is to establish a location in the city itself. A few long-time employees may remain in Galloway where they have roots.

Aker wrote a note in the comment section to a Tecnical.ly Philly article in July that he had already relocated:

I relocated myself to the Philly area a few months ago (woot!). FWIW, there has been no “throwing in” of towels or “changing of minds” – relocating Linode into the Philadelphia area has been our active plan for a while – even going back a few years. We’re not just looking for any office space – we’re looking for something great. Greatness takes time to find (and also finding buildings that aren’t encumbered by banks and foreclosures, politics, and are really for sale. It’s been a long road…). A great environment is important – life is too short. Anyway, we’re looking forward to joining the tech and larger communities in Philadelphia. Hopefully we can secure a great space very soon.

I’m still not sure whether the intention is to move the entire company to the city or keep some of it in the Jersey suburbs, but company spokesperson Keith Craig told me the company was actively looking and that one area it liked was the N 3rd Street neighborhood. and I’ve already seen more of a Linode presence on the Philly Tech Scene.

In my conversation with Casey Smith, Linode’s VP of Marketing, I got the sense that this company and its founder deeply value their independence, which enables its company culture to works the way it does. While Aker may eventually take outside money, at least the valuation and control issues should be favorable to him since he has not yet given up any equity outside the company yet.

One example of a company
that’s made it big without any VC money, no IPO or M&A is health database giant Epic Systems, whose revenue should exceed $2 billion this year. Though I think Linode’s early needs are a good bit more capital intensive, however.

Previous: Gadget developed by N.J. natives aims to get parents talking more to their kids
Next: NJIT Hackathon Produces Hardware, Software and Cloud Solutions in 24 Hours