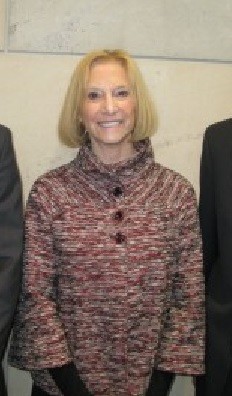 Maxine Ballen, who founded the NJTC, announced her intention to resign. | Courtesy NJTC

Last week Maxine Ballen, the dynamic leader and founder of the New Jersey Technology Council (NJTC), announced her intention to leave the council at the end of 2014.

The NJTC board has begun the search for a replacement, but as many have noted, that won’t be easy — Ballen has become an institution in the state.

Ballen has been the voice of technology in New Jersey for 18 years. Her organization’s membership includes nearly 1,000 New Jersey technology and life sciences companies.

The NJTC program agenda includes professional subject matter conferences — such as big data and financial technology meetings — and professional development gatherings at which tech company executives can learn from one another. As technology trends have changed, Ballen has added programming, such as mobile app challenges, accordingly.

Every year Ballen led a group of NJTC members to Washington, D.C., to lobby their representatives on issues important to New Jersey tech companies. In the state Ballen’s views, which reflect those of tech companies, have often been taken into account by the governor’s office and the New Jersey Economic Development Authority (EDA).

In a release, Simon Nynens, chairman, president and CEO of Wayside Technology Group (Shrewsbury) expressed the sentiments of the NJTC board of directors in acknowledging Ballen’s significant accomplishments.

“Her innate abilities,coupled with her entrepreneurial and strategic approach to leading organizations, led to the successful launch of the council from a startup to one of the most dynamic and well-regarded technology trade associations in North America,” said Nynens.

David Sorin, managing partner of the law firm SorinRand (East Brunswick) and an NJTC supporter since its founding, said, “Maxine’s impact on the technology community, in New Jersey and beyond, cannot be overstated. More than 20 years ago, Maxine told me about her vision, including the creation of a statewide network, community and infrastructure to support the region’s multiple technology sectors.

“As a lawyer to technology and tech-enabled enterprises and the investors who support them, I shared her vision, gladly followed her lead and supported the NJTC and its initiatives,” Sorin continued.

“Under Maxine’s leadership, NJTC became a model for technology councils around the country and filled a huge void here in New Jersey, providing much-needed resources to entrepreneurs, management, technologists and investors,” he said.

“While we will undoubtedly miss Maxine’s leadership, enthusiasm and dedication upon her retirement, we know that she has built a powerful and enduring community that will long serve us all,” he concluded.

Govi Rao, president and CEO of Noveda Technologies (Branchburg), who served as NJTC board chairman in 2012, said, “I can only begin to describe her impact on technology, innovation and growth by gauging the global impact of NJTC member companies and knowing that the tech council had a role to play in this journey.

“Maxine’s passion and relentless pursuit of building this ‘ecosystem’ has given us a strong foundation with NJTC — surpassing any other similar organization in the country. I will miss her direct involvement with the council and am thrilled she can now expand this beyond NJTC to other communities as well,” Rao added.

A newer member of the council, Phone.com (Newark) CEO Ari Rabban, who is a member of the NJTC board, paid tribute to Ballen’s flexibility in welcoming new, young companies to the council and to leadership positions. Said Rabban, “I think just for the reasons she wanted me to join the NJTC board you can see how much she wanted the tech ecosystem in New Jersey to succeed [and] grow, and she recognized how it is changing because of both the changes in the state and with tech in general.”

Rabban added, “I probably represent the youngest company on the board, and that is what she wanted: fresh ideas, new perspectives, to stay relevant for all audiences. With all the buzz around startups and cool Internet companies, the backbone of the industry here in New Jersey [is] still larger and diverse corporations. Maxine saw the shift and the need for that ecosystem that sees a much larger and active startup ‘scene’ … connected to the larger corporations.”

Rabban noted that Ballen wanted to connect smaller companies with larger ones and with the venture world. “That is what NJTC did with Edison Ventures (Lawrenceville) and the venture conferences and with even more,” he said.

Ballen says she will be pursuing other entrepreneurial board and consulting opportunities after she leaves the council.