It’s no secret that New Brunswick is growing and that it’s increasingly seen as a model for the revitalization of the postindustrial Northeast and Rust Belt cities.

The city is also experiencing a wave of technological innovation.

HackRU, a twice yearly event begun five years ago at Rutgers, brings programmers, technologists, and other techies to the Rutgers-New Brunswick campus to create tech solutions that are the most advanced, useful, or just plain brag-worthy during 48 caffeine-fueled hours. The hackers also compete for prizes.

This year, the New Brunswick city government agreed to provide HackRU participants with pilot projects that had the potential to improve the quality of life for city residents.

New Brunswick Mayor Jim Cahill was invited to open the event due to his important role in bringing the partnership to life.

Over the summer, students from selected pilot projects will have the chance to further develop their ideas for the City of New Brunswick. They will be supported logistically by the city government and technically by Addteq, a HackRU corporate sponsor. The city government’s official website listed some of the top projects, which are related to key initiatives that are already “on the rise.” These were:

1.      “Helpr,” a team that is creating an API to help app creators develop solutions for New Brunswick residents.

2.     “Pothole Tracker,” an app that people can install on their phones and use to match data gathered from their phone with data from their GPS chip to make an interactive pothole map of the city. Potholes detected by this system can then be tracked and recorded. This app can assist the city government by immediately answering citizen complaints with a detailed compilation of all the work that goes into fixing potholes and the proposed timeline for repairs.

3.     An app that maps out cycling routes around New Brunswick. Riders can input their starting point and destination before setting off on a journey, creating a map of the routes that other riders are actually taking between the same two points. This app will also provide city planners with additional data to consider when making choices about bicycle-related infrastructure.

4.     “RuMe” (pronounced “Roomie”) is an app that helps potential roommates match up with others who share the same housing preferences. The New Brunswick city government wasn’t the only local player working hard at HackRU to help the community.

Also present was FUBAR (Fair Use Building and Research) Labs, a “community-first technology team,” as described by the company’s representative at HackRU, Rick Anderson. On May 1, FUBAR Labs moved its headquarters to a 2,300-square-foot hi-tech industrial space in New Brunswick that it had acquired to meet its growing needs. Anderson, who also works with virtual communities and online learning at Rutgers University, reflected that, while he’d been going to hackathons for years, and had even contributed significantly to the national hardware hackathon movement, he was very impressed by New Brunswick’s combination of technology enthusiasts, supportive corporations, and helpful city government officials.

“We’re excited to help people learn about how technology can be a means to really empower individuals and improve their quality of life,” he said. “We’re also glad that the City seems to be working hard to build a technology-friendly environment. Honestly, without such a push, it will be hard to compete economically in the coming decades, which is why I’m so glad to see what is going on locally. FUBAR is excited to bring the same educational programming to the residents of New Brunswick as it has to Highland Park and other New Jersey communities since its founding six years ago, in 2009.” Two of the lead organizers of the HackRU event, Jade Yee and Michelle Chen, expressed their hope that the event would serve as a positive bridge between town and gown, helping students to view the city as “a place that you call home,” as opposed to “simply a place you live.”

Chen agreed, noting that the event was supported by 17 sponsors, over 50 official volunteers, and even more people who simply pitched in. “When you have people working together to get things done that they are passionate about, it’s a great way to grow and contribute to community,” she said.

Part of the passion of the event was that was open and free-flowing. While some participants were hardcore technologists, others had never been to a hackathon before.

For the more casual programmer, there were classes and other events that were both interesting and accessible, designed to help newbies connect with more seasoned technologists. Alienware, the infamous high-end video-gaming computer maker and subsidiary of  Dell, a partner of Major League Hacking, had a truck with doors that opened to display rows of their new Alpha console/desktop computer hybrid. Dell also provided classic blue cups for a cup-stacking challenge held at 1:00 a.m., from which the winners walked away with Bluetooth speakers. Although the hackathon was mainly about learning and community, winners were selected at the end, and prizes were given out.

According to Tyler Gold’s article in The Daily Targum, Rutgers University’s official student paper: “First place went to Litecase, an app that converts video to ASCII code using text to create an image of what the camera sees, built by Sandile Keswa, Vuk Petrovic, Dan Cadden and Ryan Yurkanin.

“Second place went to CloudFish, a system that lets users remotely feed a fish. Chris Leung, William Browder-Little and Brad Totaro used 3D-printers and a Raspberry Pi to create a system that accomplishes tasks from anywhere in the world.

“Third place went to Share.el, an app created by Daniel Bordak that lets users share code directly from a text editor through email or text messages.”

First, second, and third prizes of $1,024, $512, and $256 were awarded by MLH. Numerous others picked up gear like drones, Raspberry Pi 2’s, and cloud hosting space. Thirty five students were selected for City of New Brunswick Pilot projects, out of over 1,000 students who competed.

1910 More posts in News category
Recommended for you 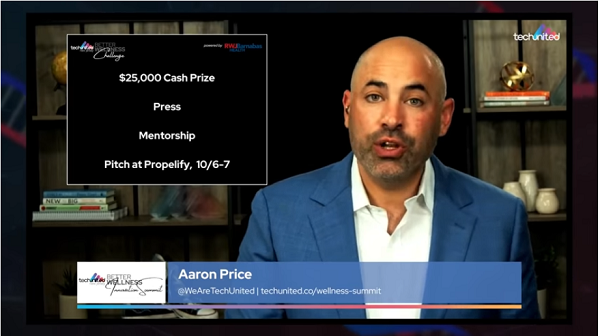 Still Time for Startups to Apply to the TechUnited:NJ BetterWellness Challenge

The BetterWellness Challenge, created by TechUnited:NJ and financed by RJWBarnabas Health (West Orange), has a...