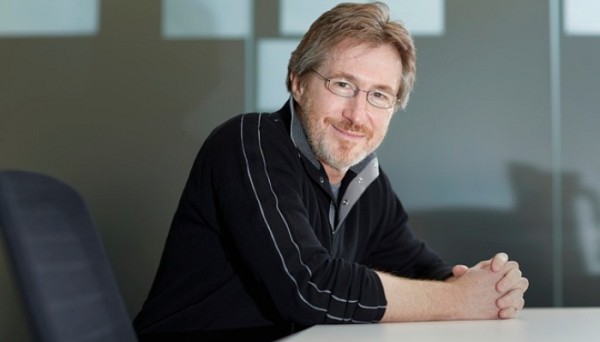 Speaking to an audience of nearly 700 people at the TEDx Navesink event at Monmouth University, on April 11, Audible founder and CEO Donald Katz talked about his company’s relationship with Newark and announced that he was starting a venture fund and accelerator in the Brick City.

“We’ve been working for more than two years with a number of political people, technology leaders and investment leaders. The fund-plus-accelerator model has really come of age. It’s a powerful de-risking methodology,” he said.

In 2007, Audible moved its headquarters from Wayne to Newark. Katz told the audience that this turned out to be one of the best decisions he ever made.

“Many thought we were just plain crazy,” he recalled.  Newark was known for its poverty, unemployment, crime and civic dysfunction.  “I was told I would lose 25 percent of my people.” Katz added that Audible received no government subsidies to make the move.

“I’m happy to say people like being at Audible because we are in Newark,” he said. And Katz thinks the Audible story could be a guide for entrepreneurs seeking to transform their own companies.

According to Katz, Newark is on a tipping point for a renaissance due to its creative economy. It’s a city where engineers and artists come together because of the nature of their work. These days, there is a combination of an art scene and an early-stage tech scene, such as the one that has revitalized Berlin.

This also is “the story in Brooklyn,” he said. “Now companies are going 55 minutes outside of Manhattan” to an area that has triple the rents of Newark, limited bandwidth, and terrible facilities. “But that doesn’t really matter because that’s the trend.”

Connecting Newark’s economy to the growing tech industry will make growth happen for the city, he added. “We need to invest to make this happen. … There really is a way to have capital become missionary rather than mercenary.” The concept of “social impact investing” is moving into the world of “double line investing,” meaning that the outcome has a financial upside as well as a meaningful, measurable social upside.

Moreover, Newark’s infrastructure is taking off, with 30 percent of the construction in New Jersey taking place in Brick City. The old Hahnes department store is being completely rehabbed with a Whole Foods committed to moving in, 3,000 new apartments are coming up in the next two years, and there are 40,000 college students living in Newark.

Katz came to establish a tech company through an unusual route. He was a writer, starting out at Rolling Stone when that publication was just a startup itself. “I also had the gift of having the great American novelist Ralph Ellison as my teacher and mentor,” he said. This was when Katz was an undergraduate at New York University.

Among many other things, Ellison taught him that American literature was a function of how stories were told around a campfire in the old days, and that the spoken word was important. “He taught me to love the sound of those words,” a lesson that helped Katz build a career based on the spoken word.

Katz acknowledged that being first to market with a player for audio books was no picnic. “We launched the company about five years before the market was ready,” he told the audience, and “many near-death experiences ensued.”

Now, of course, many millions of people use audio books narrated by famous actors, who visit Audible’s headquarters to record their readings. Users appreciate the attention to the spoken word, said Katz. “Our customers give us almost two hours of a day on a global basis.”

Audible, which is now under the Amazon.com umbrella, is continuing to scale, and its growth has benefited Newark. “We came with 120 jobs and we’ve added 600 jobs. Our payroll size has tripled,” he said.

As a company, Audible is very active in investing in the city, from locally sourcing all the food for its cafeteria to providing paid internships and scholarships to Newark youth. These internships sometimes make the interns the highest wage earners in their families.

“We changed our mission as a company to include socioeconomic diversity,” and added urban renaissance as a corporate goal, he said. Katz joined the Newark Community Economic Development Corporation (formerly Brick City Development Corp.) and recently became chairman.

Despite these efforts, “a third of the people in Newark still deal with poverty, and other companies in Newark have had trouble growing jobs at all,” Katz admitted. New jobs, of course, would increase the taxable wealth and make life better for all Newark residents, he said. Newark has a massive nonprofit base, and 55 percent of the businesses in the city do not pay taxes because they are nonprofits.

Talking about job growth, Katz noted that some 75,000 jobs were created in New York City simply from A-round financing for early-stage technology companies, and this figure doesn’t include the seed funding at the angel stage.

“I’ve always thought, even when I was writing about companies, that companies can have hearts and souls. They can produce meaningful work for people and create meaningful legacies. … I do believe companies can seek positive disruption and can lift all boats,” Katz said, adding that if he can make this happen in Newark, he will take it as an indication that he’s done OK.