Home » News » At the NJ Tech Meetup, Hirsch Tells Entrepreneurs “The Odds are Against You” When Looking for Series A Funding 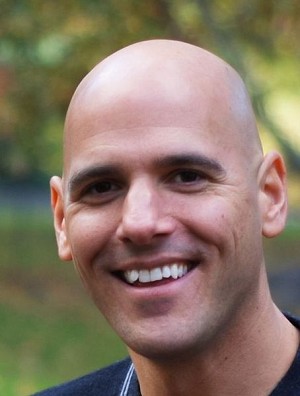 At the June NJ Tech Meetup Brian Hirsch cofounder and managing partner at Tribeca Venture Partners,  was interviewed by Ari Ginsberg, one of the NJ Tech organizers, who substituted as host for the vacationing Aaron Price. Hirsch shared information about his background, Tribecca Venture Partners and gave the entrepreneurs in the audience advice.

Hirsch recounted that he had begun investing at the age of 10 and became a professional investor when he was 23. At Tribeca Venture Partners, he manages an early-stage Series A investment fund of $107 million, with individual investments ranging from $1 million to $5 million.  He noted that his fund focuses exclusively on startups in New York City, with 90 percent of its capital invested below 34th Street.

“It is easier to attract capital later on, in Series B,” once the business has proven itself, Hirsch told the group. He explained that many proposals for Series A funding come in, but very few are selected. Of those that are selected, only a minority make it to a funding round. His own fund receives between 4,000 to 5,000 proposals per year, of which only four or five are selected. Only a couple of these make it, and  when they exit, they end up paying for the rest.

While “the odds are against you” when it comes to receiving Series A funding, Hirsch offered suggestions to the audience.  Entrepreneurs can create viable businesses if they seek alternative methods of funding — for instance, from a rich uncle, angel investors, loans from the Small Business Administration, loans from those in the industry looking to “give back” and merchant cash advances.

A very small number of businesses have the characteristics needed to succeed with VC backing, he said. It’s better for entrepreneurs who do not have venture-suitable profiles to seek other types of funding. Entrepreneurs who raise venture money for businesses that do not have venture-type characteristics risk making no money at all, as their businesses may fail to scale to a size at which investors could get their capital returned.

“Forbes makes up glamorous stories about this ‘path,’” Hirsch stated, referring to the VC route. He continued, “You have a great idea. Borrow money. Make money. It doesn’t work like that. You have an idea. You go to the bank for a loan. The bank says no.”

Hirsch shared his real-life experiences in investor meetings. “It’s nothing like Shark Tank. There are lawyers and boring 20-minute discussions about protective restrictions to ensure investors’ rights and money.” He added, “You have to view investors as minority partners.”

Hirsch also noted that “most of the innovation is on the application layer.” Application development is very different from raw, fundamental technological advances, he said. We have powerful devices like cellphones at our fingertips. Applying them is the next step.

Lastly, Hirsch shared some personal observations.  “The most ruinous factor to a startup is a founder’s ego. In my personal experience, I have found more men have ego issues than women. Ego can drive startups to the ground!”

Hirsch does not worry about the investments he has passed up, like Stamps.com. He may have missed an opportunity with a small window, but he is more concerned about the opportunities he’s missed because he did not know that they were good opportunities.