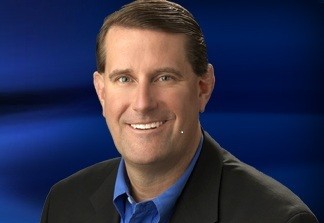 Synchronoss: Synchronoss Technologies (Bridgewater) took $55.5 million of its cash and paid it to Research in Motion (RIM) for its wholly owned subsidiary NewBay (Dublin, Ireland). NewBay is a leader in cloud services for smartphones, allowing operators and service providers to deliver consistent content experiences across connected mobile devices.

According to TechCrunch, RIM had purchased NewBay in Oct. 2011 for $100 million.

Sychronoss CEO Stephen Waldis said that the NewBay acquisition will help Synchronoss bolster its international presence, including an entrée into a major European operator who is planning an expansion.

“In addition, we welcome other international customers that will be new to Synchronoss. We believe that the combination of NewBay and Synchronoss will further ensure the success of the significant cloud services launch being prepared at Verizon Wireless, which remains on schedule.”

In an analyst blog, Zach.com says “the deal will be quite beneficial for Synchronoss as the integration of NewBay will allow it to become a leader in providing cloud-based mobile content services for mobile carriers around the world.” Additionally, the company will get NewBay’s rich customer list, which includes Vodafone Group Plc., AT&T and Verizon Communications among others, the analysts noted.

Synchronoss adds that NewBay’s technology platform empowers customers to deliver user content services such as social networking, digital vault, photo and video albums. It also expects to leverage some NewBay capabilities including “those related to illicit content protection, legal intercept, copyright, antivirus and transcoding, among others.”

Whiptail was SanDisk’s first strategic investment. On the same day that the Whiptail investment was announced, the company announced it had created SanDisk Ventures a $75 million venture capital fund that will be used for investments in line with its key strategic priorities.

NJTechWeekly.com covered Whiptail in January of 2012 after the company had received more than $10 million in financing from New York venture capital firm RRE Ventures, which led the round, with Ignition Partners (Bellevue, Wash.) and Spring Mountain Capital (New York) participating.

At that time, CEO Dan Crain said the startup, which then employed about 30 people in N.J., would use the funds to “double our headcount in engineering, marketing, quality assurance, operations and other core functions.”

Crain said his company is proud to be located in the N.J. tech corridor, surrounded by pharmaceutical, telecom, defense, software-development and other high-tech firms that form a strong backbone for the N.J. economy, and that Whiptail plans to stay here.

This new investment will be used to fund growth in Whiptail’s engineering team and accelerate global expansion. In addition, the company announced a new chief financial officer, who will join the company’s team in N.J. Catherine Chandler brings more than 25 years of experience, having previously served as CFO of Vitrue (Atlanta), a social marketing technology platform purchased by Oracle in 2012, and Liaison Technologies (Atlanta), an integration and data management technology services company with operations in the U.S. and Europe.

The company added that it has achieved triple digit year-over-year revenue growth as more than 150 customers are now utilizing Whiptail’s INVICTA and ACCELA arrays. To accommodate its expansion, Whiptail’s employee base has increased by almost 500 percent in 2012.