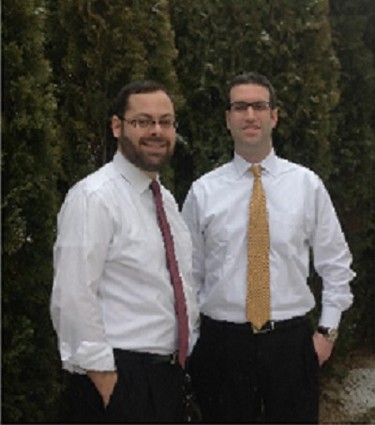 Guggenheim Partners is a privately held global financial services firm with more than $190 billion in assets under management.

In a recent interview, Elliot Bohm, who cofounded CardCash in 2008 with Marc Ackerman, said his own frustration with a wallet full of gift cards after the holidays drove the development of the exchange.

“I was thinking to myself, when was I going to go spend all of that? Wouldn’t it be easier if I could cash them out and not have to remember that I had a Gap gift card and that I can’t go to Macy’s for my next sweater?”

The cofounders did their due diligence to learn whether there were online platforms that allowed consumers to buy and sell gift cards. At the time there were none, although CardCash now has competition.

“The first place we looked was eBay. To our surprise, eBay was, and even to this day is, very small in the gift card space. While they are big in every other area, they aren’t equipped to handle the transactions in this space,” Bohm said.

The market’s potential was another surprise for the founders. At the time, annual gift card sales totaled an estimated $90 billion, with some 10 percent of the cards going unused and unspent. That figure has grown to $100 billion, Bohm noted.

The cofounders’ research revealed that others had already tried this idea and failed. They went about addressing the roadblocks and problems that their predecessors had run into. They also analyzed why eBay wasn’t trying to become more involved in the gift card space.

Bohm and Ackerman decided to go ahead and build a secure exchange, “and before we knew it, it really took off, ” noted Bohm, adding that it’s a simple idea. It’s the kind of concept that can flourish in both a good economy — in which everyone succeeds — and a bad one, in which people pressed for cash want it and those who want to save money can buy gift cards at a discount, he said. Customers can combine the cards with coupons and sales to reduce their costs even further.

Searched for Venture Capital outside of New Jersey

In 2013 the company began to look for venture capital to help it become more visible in the consumer marketplace and to shore up the technology. Said Bohm, “We never really looked for venture funding in New Jersey. We did wind up speaking to a couple of VCs here, however. We took a trip to Silicon Valley and spoke with a couple of VCs there, and we went to New York.”

Bohm said he was glad to find Guggenheim Partners. “They really fit the type of strategic partner we were looking for. They are very well connected in the media and entertainment space and they have a strong background in financial exchanges. They are a real powerhouse of a VC firm, and we liked the kind of investments they’ve done recently,” he said, such as purchasing the Dodgers and investing in Dick Clark Productions.

The startup’s biggest obstacle is awareness, Bohm noted. “Everyone who hears about the concept loves it, but there are a lot of people out there … that don’t know there is a market or concept like this. We want people to know that you don’t have to wait until Black Friday to get a deal. You can get a gift card to Best Buy at 10 percent to 15 percent off. And if you decide to use the card on Black Friday, imagine how much greater the savings can be.”

The financing CardCash receives will be used for marketing and creating awareness. The startup will also improve the technology so it is easier to use the exchange. “We plan on rolling out a mobile solution in 2014,” said Bohm, to continue to make it easier for people to access the exchange and receive their money more quickly.

Like many startups, CardCash has had some growing pains. Bohm noted, “This last year we saw our biggest growth [to an estimated $50 million in sales in 2013]. Last year we had 10 employees and right now we are just under 50. For any startup, this is where the issues begin.”

CardCash management has had to departmentalize the company, employ managers, create a dedicated service department and assure quality control while still fulfilling orders quickly and efficiently.

“I think we’ve handled it well,” said Bohm. “Last year we got hit pretty hard with Hurricane Sandy. It was right around the holiday time, and it took us three weeks to fulfill those orders. Now we are able to do that volume in less than half a day.”

“Will CardCash remain in the Garden State?” NJTechWeekly.com asked Bohm. “We are definitely staying in New Jersey,” he replied. “All of our employees are from New Jersey, and right now we are one of the biggest employers in Brick.”