Home » News » Catching Up with Rajesh Saggi, Founder and CEO of Livingston-Based Moblity 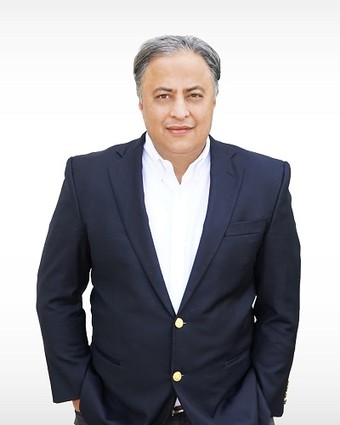 Rajesh Saggi is CEO and founder of Moblty. | Courtesy Moblty

Headquartered in Livingston with offices in New York, venture-backed startup Moblty is emerging as a leader of in-store consumer interaction across a variety of industries.

Through a unique suite of products and services, Moblty allows brands to offer customers digital shopping as part of the brick-and-mortar store experience. Among other features, shoppers can use interactive in-store displays to swipe, click and engage with video, social media and coupons. The company also offers retailers and brands data and analytics on their shoppers.

We asked about the company name: Specifically, where did it come from? Saggi answered, “It’s an interesting story. When we started the platform, we wanted something to do with ‘mobile’ because the whole world is going mobile, and we just took the ‘I’ out because there’s no “I” in teamwork. That’s how the name Moblty came about.”

The concept is retail based. Saggi, who has a finance background, was bothered by terminals that didn’t work properly in stores or at public locations. And he questioned why marketers weren’t targeting consumers, where decisions could be made. “Why are they asking me to make a decision on television and on searches and websites, and I’m in the store, where 90 percent of sales are done inside brick and mortar? We were just surprised about the lack of technology inside brick and mortar [stores],” he explained.

“There’s lots of energy,” he said with a smile about the 40-strong Moblty team. “It’s a culture that drives us. The culture of ownership, culture of empowerment, a culture of loyalty; and whoever is new gets imported in. There are no politics, there is openness and transparency, friendships, hard work. And they also get to see gratification in the results the clients are giving us. So, it’s a combination. Everybody here has a purpose. It’s a self-perpetuating culture created by the leadership here, but now it permeates.”

The real-time platform works well, according to Saggi, with its placement of Moblty screens or displays inside retail stores. The screens are either controlled by clients or by Moblty’s Livingston office. The company focuses on a few general retail categories, including beauty; the “liquor network” of beer, wine and spirits; travel retail, such as at airports; and, more recently, healthcare (prescriptions and physician reviews) and hospitality.

“Our platform has its use in a lot of different industries. If we have something, we’ll first test it out. The name of the game is a two-way screen between the customer and Moblty and the Moblty platform, allowing a lot of data to pass through, so the marketer can make intelligent decisions.

“Moblty is the turnkey solution. The software drives the actual purpose of what [the retailer is] trying to do.”

The newest concept utilized by Moblty is computer vision, which is based on artificial intelligence (AI) and machine learning. “Basically, it’s like a driverless car making decisions, right? We are bringing AI and machine learning into the public space, and clients like it because they see results.”

Saggi said that he envisioned Moblty venturing into the realm of auto dealerships “because of the intelligence we bring. Otherwise they’d be staring at a billboard or digital billboard.”

And he stated with pride that the entire Moblty platform had been built in New Jersey, and that there had never been a down day at the company.

“We’re a mature team. All of us are seasoned, know how to manage cash flows, know how to treat customers, have the right processes in place, etc. It’s fun, actually.” Saggi is also proud that all his employees, with the exception of one, are from the Garden State.

When he first formed Moblty, Saggi was warned that he’d never find talent in New Jersey. “I told them, ‘Guys, you don’t understand. There is so much talent in this area, and people don’t want to commute into Manhattan. Also, the workers need a challenging environment, and here the work here is challenging.”

What’s next? “We’re expanding … We are expanding globally, to Europe and Asia. Everything will be controlled from here, of course. But that’s in the cards for this year.” And so is people power: Saggi noted the strong probability of Moblty’s doubling its workforce in 2018.

He then summed up the Moblty-client relationship: “We are always talking, and we are always listening, too.”