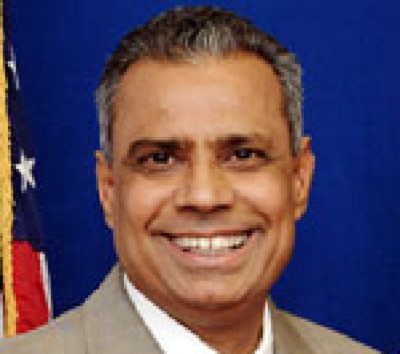 Chivukula is one of 16 officials nationwide who was chosen to serve on the IAC to provide the FCC guidance in matters concerning the “role of state, local and tribal governments in facilitating technology transitions, broadband deployment and adoption, E-rate [a program that makes telecommunications services affordable and accessible through libraries and schools] modernization, and public safety issues,” according to the FCC news release.

Chivukula, an electrical engineer, will serve on the committee from 2014 to 2016.

“We have a lot of work to do on these issues here in New Jersey and nationally,” Chivukula said. “I am looking forward to providing guidance to the FCC as someone who has been on the ground in state government.”

NJTechWeekly.com spoke with Chivukula about the matters he expects to address during his term.

The committee will be concentrating on community needs at the local and the state level and determining how the FCC can address those needs, Chivukula said.

Inequality in broadband distribution was the first issue Chivukula mentioned. Though broadband is well deployed in New Jersey, there are still problem areas, he noted. For example, people who live in the state’s urban areas, many of whom are minorities, have problems accessing broadband, he said.

New Jersey also faces challenges related to fees it collects for the 911 and Enhanced 911 systems. The state collects some $13 million per year in 911-related fees. Those fees should be used for infrastructure investment and studying the next generation of technology, Chivukula said.

According to a 2013 report, New Jersey’s funding mechanism allows for 911 fees to be used to support other public safety-related items, such as National Guard support services and the Division of State Police operating budget.

Another issue Chivukula said should be addressed is that of upgrading 911 systems to accept text messages. “Right now 911 only accepts telephone calls,” he said, noting that because many people prefer texting, the systems should accept text messages as well.

The issues surrounding replacing the landlines damaged by Superstorm Sandy with a fixed wireless system should also be considered, Chivukula said. After Sandy, many of the copper lines and circuits associated with plain old telephone service (POTS) were compromised, he pointed out.

Verizon has come up with a controversial alternate technology, called fixed wireless, which is similar to wireless but fixed to a particular home. Its brand name is Voice Link, said Chivukula.

Many consumers don’t like the idea, and some organizations say when you replace copper wire with a wireless system you don’t get one-to-one replacement.

Chivukula cited a pilot program in Texas that is studying how these differences affect service. “We have a similar issue on the barrier islands and in the shore areas” of New Jersey, he said.

“I think the major issue is a technology [one] in that the land lines don’t depend on [the] home’s power supply to have phone service, but any VoIP technology and wireless technology requires a power source,” he said. “We don’t have battery technology that can sustain backup for a long enough time,” he noted, in the event of another storm like Sandy.