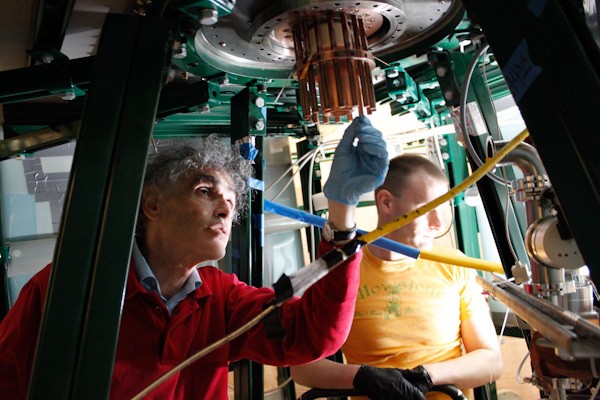 Lawrenceville Plasma Physics (LPP), a Lawrenceville fusion-technology company, is more than halfway to its first goal: raising $200,000 on the crowdfunding site Indiegogo to purchase equipment.

The purchase aims to get it closer to its ultimate goal: having a commercial fusion reactor in  six years. The Indiegogo campaign ends June 15, 2014.

The company says that having a working fusion reactor use its technology by 2020 is feasible.

The Middlesex-based Focus Fusion Society (FFS) is running the campaign on behalf of LPP. Eric Lerner, LPP president and chief scientist, has been active in dense plasma focus research for 30 years.

Said the FFS’s Carlton Bishop, “We currently have the largest environmental campaign on … Indiegogo and are only second to solar roadways in the clean energy tech category. … We will use the money to buy beryllium electrodes. No dense plasma focus device has ever used this material, and we will be the first.”

LPP believes beryllium electrodes will get the company closer to its goal of producing fusion energy without harmful nuclear waste. The electrodes will help the company produce fuel with enough density that it will burn up during the confinement time.

The FFS’s Dennis Peterson explained that three conditions are needed for successful fusion: temperature, density and confinement. LPP has already shown in a scientific paper that it can achieve temperature and confinement. It is now working on fuel density, which depends on the purity of the fuel. The obstacle to pure fuel turns out to be impurities from the electrodes used in the process.

LPP is already set to experiment with tungsten electrodes to increase fuel density, according to the Indiegogo campaign page, which states:

“The new tungsten electrodes we are installing in July will be great for cutting way down on impurities that have prevented high density. But tungsten absorbs too many X-rays, so when we get near to net energy, the X-rays will cause the electrodes to crack. So for the final push we need beryllium electrodes. Beryllium is the lightest metal that we can use, and the X-rays will harmlessly pass through the electrodes.”

If the Indiegogo campaign is successful and LPP raises enough money to buy the beryllium electrodes, the next steps will be to increase the amount of power the company is putting into the project and then to use boron fuel in the reactor.

Said Peterson,  “If they are right, that will create net power from boron fuel. The great thing about boron, as opposed to the fuel most projects use, is that it produces very little radioactive waste. More importantly, you are not just producing heat, you are producing a pulse of electric current. You don’t need to run a big turbine,” which would keep costs low and create cheap, abundant clean energy.