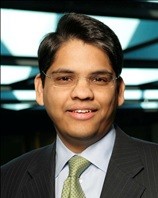 With Wall Street, it’s always a case of “what have you done for me lately?,” but both the huge public tech consulting company Cognizant (Teaneck) and Synchronoss (Bridgewater), the public company that provides cellphone activation and personal cloud solutions for wireless carriers and their users, did very well last quarter.

Cognizant’s third quarter 2013 showed revenues of $2.31 billion, a sequential increase of 6.7 percent, and an increase of 21.9 percent year-over-year, the company stated. The non-GAAP operating margin was slightly above its target range, at 20.4 percent for the quarter.

Based on the strong business it was seeing, the company, which employs about 3,500 people in New Jersey, raised yearly revenue guidance. “We now expect 2013 revenues of at least $8.84 billion, which would represent industry-leading growth year-on-year of at least 20.3 percent,” CEO Francisco D’Souza told analysts.

D’Souza attributes some of the company’s strength to its commitment to help its clients rethink their business models.

Said D’Souza, “We continue to engage with an increasing number of CIOs and other C-level executives, who are struggling with the pace of change in their industry or who want to rethink their business models. Transformation is high on their agenda.”

“At the core of many of these client conversations is SMAC. SMAC, as you know, stands for social, mobile, analytics and cloud. While SMAC provides a challenge to some clients’ business models, it also creates tremendous opportunities for them to generate business value.”

Synchronoss’s non-GAAP revenues were $90.3 million, representing 30 percent growth on a year-over-year basis, and the company delivered a non-GAAP operating margin of 23 percent and a non-GAAP EPS of $0.34, which was at the high end of its guidance range, CEO Stephen Waldis noted during the company’s earnings call. The company has an estimated $1.4 billion market capitalization value, according to some sources.

The investments that the company made and is making in its cloud services offering, which generated 55 percent year-over-year growth in the third quarter, appears to be paying off, Waldis said. He added that this area is poised for even more growth.

“Our customers are rolling out more visible marketing promotions and expanding their free storage offerings, which are focused on driving further increases and adoption rates as we head into 2014. And we have completed almost all of our initial personal cloud rollouts, including our Personal Cloud Platform, to all 16 of our target markets at Vodafone.”

“These subscribers,” he said, “have a tendency to buy more comprehensive 4G data plans as the ability to sync and store data becomes truly easy in mobile…. they buy more family share plans, with the average personal cloud subscriber using at least two devices to connect, sync and back up their content from the device to the cloud; and they become more loyal customers, as the personal cloud convenience and security levels lead to lower churns rates that drive significant savings to our mobile operator customers.”

[Quotes in this story were taken from transcripts published on Seeking Alpha.]

Previous: With Mobile Growing, Testing Is in Spotlight at Gilt Groupe, Isaacs Tells Developers
Next: Newark Tech Week: Entrepreneur Anthony Frasier Hopes to Inspire Other Minorities to Follow His Lead