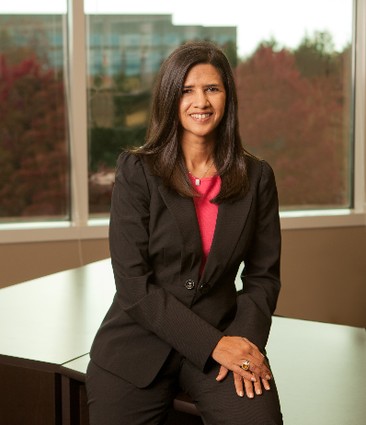 Vibha Rustagi is CEO and cofounder of itaas which was acquired by Cognizant. | Courtesy itaas

Neither company revealed the terms of the transaction, but this appears to be an interesting small strategic investment for Cognizant, a Fortune 500 firm.

Cognizant said that the end-to-end video engineering and multiplatform capabilities of itass will complement and extend its ability to serve communications, media and high tech industries.

“As multiplatform video becomes the new normal, new technologies create more powered and savvy consumers and more industry sectors look to harness the potential of video for customer interaction,” Rajeev Mehta, Chief Executive Officer of IT Services at Cognizant said in the release announcing the deal.

“A key aspect of itaas’ business is its role in supporting the RDK joint venture. Last fall, itaas was selected by RDK Management LLC to oversee community support services as well as technical support and training for licensees of the RDK. Most of itaas’ approximately 200 employees appear to be based in Atlanta or India, plus some in Canada.”

Paine noted that the “Reference Design Kit (RDK), originally developed primarily by Comcast, is a pre-integrated software stack for set-tops, gateways, and other IP-capable devices. Comcast, through the joint venture, has made an effort to open it up and make it an industry standard. RDK Management says there are now more than 140 RDK licensees, and RDK applications will be on display by several of those at next week’s Cable Show in Los Angeles.”

Itaas, which stands for interactive television and application solutions, was founded by CEO Vibha Rustagi and her cofounders Jatin Desai and Jaspal Bhasin. The group came out of Scientific-Atlanta, a story that appeared on the Atlanta Constitution website said.