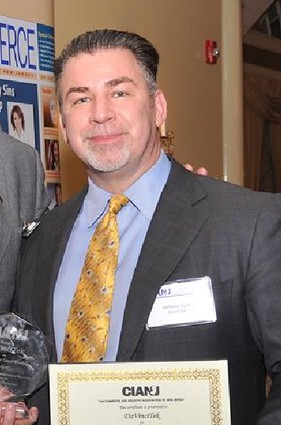 DaVinciTek:  DaVinciTek (Morristown), the IT staff-augmentation company, has been taking home some honors recently. The company was named to NJBIZ Magazine’s 2014 list of New Jersey’s 50 Fastest Growing Companies. DaVinciTek was selected for this recognition based on its 516 percent revenue growth over the previous three years (2011 to 2013).

The company was also named to Inc. Magazine’s 2014 list of the 5,000 fastest-growing, privately held companies in the United States. In addition to ranking number 870 overall, DaVinciTek placed within the top 15 percent of listed IT organizations and 21st among New Jersey companies.

Infragistics: Cranbury-based Infragistics has been taking on new partnerships and releasing new or updated products. In October, the user experience and enterprise mobility company, which had recently celebrated its 25th anniversary, announced a partnership with Xamarin.

The announcement coincided with the release of the company’s newest product: Infragistics Xamarin.Forms. “The new UI [user interface] controls will give developers the ability to build native applications in Visual Studio from a single C# codebase, all backed by the native iOS, Android and Windows Phone toolsets from Infragistics,” the company said in a statement.

Finally, the company said that its SharePoint solution for Android devices was available, and that it had updated SharePlus for iOS with the release of Version 4.1. “SharePlus for Android supports the shift among enterprises to cost-saving Android deployments. In addition, the new multi-platform availability of SharePlus makes it easy for enterprises to embrace BYOD [bring your own device] policies,” said Dean Guida, Infagistics president and CEO, in a press release.

Heartland Payment Systems: During its third-quarter earnings call on Oct. 30, Heartland Payment Systems (Princeton) announced that it would be acquiring XPIENT Solutions. The company has been buying up a lot of smaller payment processors in its areas of expertise: restaurants, lodging and hospitality, and education. However, with this XPIENT buy, Heartland seems to be looking for a more secure platform. XPIENT is an enterprise-level restaurant point-of-sale (POS) software services company based in Charlotte, N.C.

According to a blog post on the company website, Pymnts.com, CEO Robert Carr, commenting about the buy, said what’s most important is having a product like XPIENT to help address the growing concern over the number of high-profile data breaches that “are casting a shadow across the integrated POS industry.”

“Because many of the current integrated POS platforms increase breach risk, exposure of card data, large and midsized and smart — small merchants are now becoming increasingly interested in completing — completely separating card processing data from the POS system,” he said. “They want to go out of scope for PCI whenever possible and that is right in the sweet spot of Heartland. While XPIENT will strengthen our position, merchant interest in E3 and Heartland Secure has already started to heat up.”

Ericom: Closter-based Ericom Software, a desktop-virtualization solution company, was chosen by Continuum of Care (New Haven) to provide up to 700 case workers with remote 24-hour access to Windows desktops from their Chromebooks. The not-for-profit wanted to provide case workers with remote access to Windows applications, but Chromebooks do not support this capability. After trying some other solutions, the company found that Ericom’s AccessNow had the settings and performance they needed.

Conigent: Privately held software consulting and development firm Conigent (Cherry Hill) has a new COO, according to an article in NJBIZ. Roger Sybrowsky has more than 30 years of experience in information technology, and came to the company from ADP (Roseland), where he was a division vice president.

ICIMS: iCIMS (Matawan), a provider of Software-as-a-Service (SaaS) talent-acquisition-software solutions said that for the third quarter ending on September 30, 2014, the organization saw a 35 percent increase in revenue and a 31 percent increase in new customer growth compared with the third quarter of 2013. The third quarter also marked iCIMS’ ninth consecutive ranking on the Inc. 500|5000 list of America’s Fastest Growing Companies, demonstrating the company’s consistent profitability since January 2003.

The company also announced new research designed to provide statistical insights into the functional relationship between recruiters and hiring managers. “Strategies to Improve the Recruiter and Hiring Manager Relationship” is currently available for complimentary download as a PDF from a company Web page, Hire Expectations Institute.