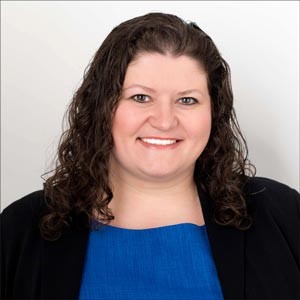 Marketers will now have the ability to see how their marketing plans will perform, so they can better plan their media spending. They’ll be able to alter the media mix as often as they wish until they realize the optimal return on their investment—before it even happens.

“This is a game changing technology for the marketing industry,” said i.Predictus executive vice president Carina Pologruto. “Jules analyzes the impact of every individual tactic within a marketing plan to see each particular element’s effect on the final sales result.” This applies to every single choice along the consumer’s path to a purchase — from broadcast advertising right through to in-store promotion and display, the company noted.

The team at i.Predictus named their predictive marketing and media analytics tool after the visionary creator who inspired so much real-world innovation, Jules Verne, the company said.

SolBright Renewable Energy is a leading provider of turnkey-development engineering, procurement and construction (EPC) services for the commercial/industrial and military solar photovoltaic markets.

Arkados paid $15 million in a combination of cash, debt and stock for substantially 100% of the assets of SolBright, including a current backlog of approximately $40 million in distributed-generation EPC projects, as well as a large and growing pipeline of additional projects throughout the eastern United States.

This transaction can allow Arkados to significantly expand its Arkados Energy Solutions business into the rapidly growing renewable-energy industry, and to open many new customer opportunities for its internet-o-things solutions, the company said in a release.

“Our ability to deliver PowerBuoys to our customers is a critical factor in executing our commercialization strategy,” said OPT President and CEO George H. Kirby. “We are seeing increasing interest for our PB3 PowerBuoy in specific applications, mainly around support for offshore oil and gas subsea operations and metocean applications, as well as within our other target markets.”

“Given the significant limitations of our current location, in combination with certain contractual opportunities with our current facility lease, we arrived at the strategic decision to relocate our corporate headquarters, which allows us to dramatically expand our manufacturing capabilities.  We also believe that our new location will better position us to attract and retain critical talent as we continue to increase our sales, marketing, technical and operational expertise through new hires.”

Dr. Mike M. Mekhiche, executive vice president of engineering and operations stated, “We believe this new facility will enable us to implement world-class assembly and testing processes, emphasizing product quality and employee safety, while significantly increasing product throughput.  We are planning to carry out the move in the latter part of this calendar year with minimal impact to business operations.”

Princeton Indentity was formerly a part of SRI International (Princeton), and spun out of that company in August 2016. NJTechWeekly.com saw a demo of an early version of the technology at a NJ Tech Council event several years ago.

The iris recognition technology is used in the Galaxy S8 to allow consumers to easily unlock their phones with a quick glance at their devices, the company said.

Iris recognition captures over 200 points of an individual’s iris, providing more security than a fingerprint scan. Rather than use a pin code, password or nothing at all, Princeton Identity’s iris recognition technology gives users increased security, along with significantly greater convenience, the company said. Additionally, as iris recognition is up to 100,000 times more resistant to false positives than other forms of biometric security, consumers and enterprises can trust that their Galaxy S8 is protected.

“Iris recognition is key in the next wave of mobile,” said Mark Clifton, president and CEO of Princeton Identity. “From unlocking smartphones to managing building access, iris recognition is one of the most reliable and accurate ways to address today’s security challenges. We are thrilled Samsung has selected our iris recognition technology for global consumer and enterprise use within the Galaxy S8, and are confident that additional applications will quickly follow.”

Previous: Telemedicine Comes to NJ: See the Doctor Without Leaving Home
Next: Tech Company Execs Learn How to Sell to the Enterprise at All Things Marketing Meeting