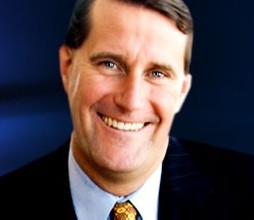 Recently, Synchronoss extended its contract with AT&T for another three years, which according to Seeking Alpha, caused the company’s stock to jump. AT&T is Synchronoss’s largest customer, Seeking Alpha said, and accounted for more than ten percent of revenue in Q2.

Natcore Technology: Natcore Technology (Red Bank) said that due to “overwhelming investor interest,” it had increased its private placement, as announced on August 9, 2013, to $3.1 million. Natcore expected to place 124 units at a price of $25,000 per unit for aggregate gross proceeds of $3,100,000. Each unit comprises 50,000 common shares and 50,000 warrants. Each full warrant entitles the holder to purchase a further common share at $0.62 for three years from closing. An aggregate of 6,200,000 shares and 6,200,000 warrants would be issuable on the sale of the 124 units. The placement closed in late August.

Cognizant: Cognizant Technology Solutions, the huge Teaneck outsourcing company, reported August 6, 2013, that revenues had increased 20.4 percent in the second quarter of 2013 to $2.161 billion, compared with $1.795 billion in Q2 2012. The increase was attributed to additional tech investments by customers. Cognizant employs more than 3,700 people in New Jersey, including 620 in Teaneck, and 164,300 worldwide, an article in the Record said. As reported in an interview with Kathleen Lynn on NorthJersey.com, President Gordon Coburn said the company had increased its N.J. workforce by 40 percent in the past two years.

BIO-key: BIO-key is a Wall-based company that creates fingerprint biometric identification solutions, cloud-based mobile credentialing and identity assurance technologies. The firm said it had achieved a “technology breakthrough” to provide large-scale fingerprint matching speeds orders of magnitude faster than previous fingerprint-matching platforms while increasing accuracy rates and dramatically reducing the cost to deploy. The breakthrough uses commercial off-the-shelf products and highly parallel processing technology, BIO-key said. In late July the company reported it had raised an additional $1.05 million in equity capital from existing and new accredited investors in a private direct placement. Investors purchased units consisting of one share of common stock and one warrant at $0.30 per unit.

SilverSun Technologies: Livingston-based SilverSun Technologies said the three months ending June 30, 2013 (which it reported in mid-August 2013) showed an increase in revenues to $3,870,598, rising 26 percent from $3,071,425, compared with the same quarter in 2012. Software sales climbed 14 percent to $528,368 from $462,151. The company reported income from operations of $77,399, compared with a loss from operations of $319,781 a year ago. SilverSun is the parent company of SWK Technologies. It has been making steady progress toward a comeback after experiencing hard times several years ago.

Kinetix: Kinetix Trading Solutions, the Princeton-based trading technology vendor, has introduced a pre-trade compliance tool. The tool is said to integrate market data with companies’ databases of “counterparty data and compliance rules to perform risk checks in real time and alert traders to potential breaches,” an article in Inside Market Data said. The new software, a component of the firm’s Monaco data management, trade capture and processing platform, was said to be developed in response to new regulations, the article stated.

MaxMD: Fort Lee-based MaxMD, a secure information technology company whose motto is “Encryption as a Service,” said it had partnered with NJ-HITEC (Newark) to offer its members Direct Project services. Direct Project is an initiative to provide healthcare professionals an affordable, secure means of exchanging health information over the Internet. MaxMD entered into the agreement with NJ-HITEC to supply its direct-messaging solutions and secure product suite.

FieldView Solutions:  FieldView Solutions (Edison) was positioned as a “Vendor to Watch” in a research report by by Rhonda Ascierto of 451 Research. The report said that by focusing on its core strengths in monitoring within the data center, FieldView is “one of the more successful pure-play suppliers of datacenter infrastructure management (DCIM) software. The report said the company is “believed to be profitable, and is on track to becoming one of a select group of suppliers generating more than $15 m in revenue in the small but growing DCIM market in 2013.”

Previous: Bill to Protect Texters Who Send Messages is Promised
Next: South Orange Firm Stands up to Patent Trolls