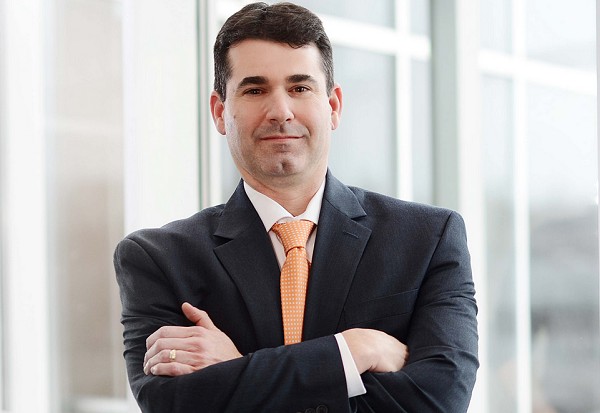 TechXtend: TechXtend, thedivision of Wayside Technology Group (Eatontown) that delivers software and services, has made a series of moves to target the New Jersey education market. The company suggested that it would be looking in its own back yard for sales in an article on NJTechWeekly.com in May 2015.

The company’s K-12 practice focuses on safety and security, STEM, network infrastructure, classroom management and other educational technology software and hardware products. In August, the company announced an agreement with BuildYourOwnCurriculum (Appleton, Wis.). Under this agreement, TechXtend will be a reseller for BuildYourOwnCurriculum products and services in North America. This includes an exclusive agreement in the state of New Jersey for the education sector.

In June, the company’s K-12 division said that it had signed an agreement with Tinton Falls-based Monmouth Ocean Educational Services Commission (MOESC). Under this agreement, TechXtend will be the preferred technology partner for the MOESC and its members. This will benefit many school districts across the state, Christopher J. Rooney, Superintendent of Schools and CEO of MOESC, said in a release.

TeacherPlanBook.com has converted the old paper/pen system into a Web-based system that works with the familiar elements, but in a more effective way, the company claims. It enables teachers to draw up better plans faster, so they have more time to concentrate on teaching.

“Our goal in the education vertical is to provide best-in-breed solutions across all technology silos to help provide the best educational learning experience for the modern-day student,” Kevin Askew, vice president and general manager of TechXtend, said in a statement.

Commenting on the results in a press release, Mark Meller, chairman, president and CEO of SilverSun, stated, “This was a transitional six months for SilverSun. We uplisted to NASDAQ, moved our headquarters and south New Jersey offices to new facilities, granted restricted stock to all our non-executive employees, and invested in our sales team to position ourselves for increased growth. As a result, we incurred several one-time expenses which impacted our bottom line results.

“More importantly, we are witnessing the first material impact of the start of our customer’s conversion from the traditional on-premise, perpetual licensing model to a software-as-a-service (SaaS) model. Perpetual licenses, which were paid in full at time of purchase, enabled us to recognize the full sales price as revenue, with a corresponding cost of goods associated with our payment to the software publisher. Under SaaS, we no longer recognize the top line revenue, but receive a commission instead (with no associated cost of goods). While this will negatively impact our top line revenue, it will not impact gross profit (at least in those instances where we receive commissions based on annualized [versus monthly] SaaS payments, which is the majority of our transactions at this point.)”

Much of pdvWireless’ success in the future will depend on regulatory issues in the telecom industry being decided in its favor. According to the release, “the Company made progress across its three key priorities during the first quarter, and most notably, subsequent to the quarter end, in pursuing its regulatory initiatives.”

John C. Pescatore, president and CEO, commented, “I’m pleased to report that on Friday, the FCC issued a Notice of Inquiry, or NOI, related to our Joint Petition for Rulemaking. We believe the NOI signifies the FCC’s interest in conducting a serious and comprehensive evaluation of the current and future rules governing the 900 MHz band. We are encouraged that the FCC has opened the door to exploring the potential to expand the efficiency and flexibility of the 900 MHz band to enable next generation technologies and services.”

The company’s first priority is to achieve success with its regulatory initiatives aimed at modernizing the 900 MHz spectrum band, which will enable it to provide advanced, innovative and secure solutions to meet the long-term wireless needs of enterprise and critical infrastructure entities, said Morgan O’Brien, vice chairman.