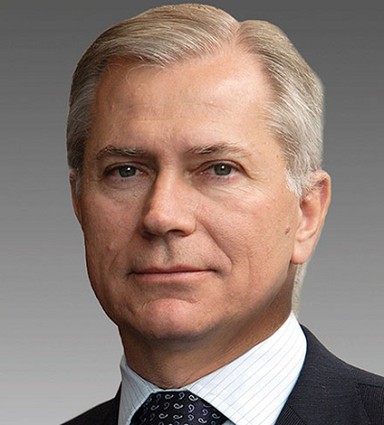 Vidyo:  The Vidyo (Hackensack) board of directors has named Michael Patsalos-Fox chairman and CEO, effective immediately. Patsalos-Fox, who has been a director at Vidyo since 2013 and was appointed chairman earlier this year, now assumes the role of CEO, replacing the outgoing CEO, Eran Westman, whom we interviewed here; Westman is leaving the company to pursue other opportunities.

Vidyo is a venture-backed startup founded in 2005 as Layered Media. According to Crunchbase, the firm has raised about $161 million in 12 rounds of fundraising.

Westman had replaced Ofer Shapiro, Vidyo’s cofounder, and this current changeover may be a move to position the company for further growth or an exit. In a release, Patsalos-Fox said, “I have developed a deep appreciation for the market and Vidyo’s opportunity to dominate key segments since joining the Vidyo board in 2013. I am excited and energized to build on our market leadership through focused growth acceleration strategies and operational excellence.”

“Vidyo pioneered what has become the gold standard in video communications,” said Joshua Ruch, managing partner of Rho Ventures (New York) and Vidyo board member. “Michael has a proven track record and the right expertise to shepherd the company through the next phase of its growth.”

Shavel has been a finance professional for 28 years, recently serving as executive vice president and CFO of Nasdaq, from 2011 to 2016. Before that, he had served as Americas head of financial institutions at Bank of America Merrill Lynch (New York), from 1993 to 2011.

He also currently serves as a board member and chair of the Audit Committee at ITG (New York). Shavel graduated with honors from the University of Pennsylvania, with a B.A. in English and a B.S. in economics from the Wharton School.

Ameri100: Ameri100 (Princeton), also known as AMERI Holdings, an outsourced provider of IT services to SAP customers, raised $6.08 million by offering 1,475,000 shares at $4.115, within the range of $4.00 to $4.50, according to a company release.The company had been listed on the OTCQB. On Nov. 8, AMERI Holdings added warrants (exercisable at the offer price), and on Nov. 15 it revealed that the management intended to invest $1.05 million on the offering.

AMERI Holdings began trading on Nasdaq under the symbol AMRH on Nov. 17. Northland Securities (New York) acted as a lead manager on the deal. In addition to its headquarters in Princeton, Ameri100 has several offices in the U.S. and Canada, as well as global delivery centers in India. With its bespoke engagement model, the company delivers transformational value to its clients across industry verticals.

At Opengear, Levering is responsible for managing all the components of the company’s financial operations, and will provide the strategic financial leadership to support Opengear’s continued worldwide growth, the company said in a release. Opengear’s solutions, featuring its embedded Smart OOB (out-of-band) technology for equipping customers’ networks with intelligent automation and “bulletproof” resilience, enables users to optimize technical operations and secure business continuity, the company said in a release.