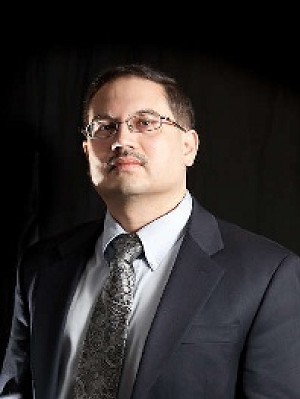 IT stakeholders are expressing cautious optimism with regard to spending in 2015, but they don’t expect the jump in IT spending to equal the hikes of the past three years, when companies were playing catch-up after the recession and were implementing new mobile and data initiatives.

These findings are based on a survey of 180 IT and business professionals in a variety of positions, such as executive managers, business stakeholders, IT developers and project managers. The study, called “IT Decision 2014,” was conducted last year by DATA Inc. (Montville). The respondents were mainly from the U.S., but also from Canada, Australia and India, among other countries.

Last year, like the year before, turned out to be good for IT spending. Some 81 percent of participants indicated that their firms had increased IT spending in 2014.

DATA Inc. concluded that confidence  in the growth of IT spending has eroded, but executives at the data staffing firm say that there is still some optimism for the coming year.

“Technology initiatives continue to drive companies’ efforts to improve their internal processes, as well as efforts to better connect with customers and key stakeholders,” said Conrad Leao, vice president of operations at DATA Inc. “Among our customers, we see this IT investment in the form of leveraging ‘big data,’ evolving computing platforms and the creation of innovation applications, to name a few.”

According to the survey, IT employment also increased in 2014. Some 91 percent of all survey participants answered that they were employed, which was 3 percent higher than the previous year. The percentage of respondents who had been unemployed more than 24 months decreased dramatically, from 34 percent in 2013 to 7 percent last year.

The survey identified three challenges that might inhibit growth in 2015: increased competition for skilled labor, increased dissatisfaction with IT service providers, and evolving rules and regulations.

With the employment picture improving this year, the competition to attract and retain top IT talent has continued to intensify. In the 2014 report, “lack of experts” was deemed the second-biggest challenge facing the IT industry, after costs.

“IT service providers should take note of the 16 percent jump in dissatisfaction, and pay close attention to client satisfaction,” said Ashis Bhisey, vice president of technology at DATA, Inc. “With similar services available to clients from multiple service providers, quality of service is a key differentiator for winning and retaining clients.”

IT companies continue to be affected by rules and regulations, such as the Affordable Care Act, and by changes in immigration regulation, according to the survey.

Respondents to the 2013 survey predicted that infrastructure investments would continue to decline in priority, but they actually increased slightly. In addition, spending on mobile apps development, which was initially predicted to increase in 2014, experienced a small decline.

Spending on mainframe migration and reengineering saw a surprising increase in 2014, after it had been predicted to decline in the 2013 survey. The respondents to the 2014 survey predicted that it will decline, though only slightly, in 2015.

Bhisey commented that this finding contradicted DATA Inc.’s own observations. “Despite the survey’s findings regarding a de-emphasis of mainframe migration and reengineering, it remains a concern for our largest corporate clients who have large legacy application portfolios.”