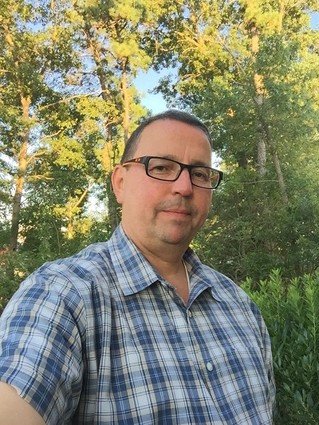 Alfrea, a Galloway-based startup, has developed a platform to help individuals move towards growing and consuming local, sustainable food.

According to founder David Wagstaff, the idea for Alfrea came from his family. “My father is 92 and my mother is 86, and they own a farm and live in a house near it. I live in New Jersey and they live in Maryland. As time went on, they needed more help managing and working the farm. I needed to hire more people to help. Over the years, we put signs on the road and used Craigslist. Neither of those methods seemed like the right way to match people to land to me.”

Additionally, Wagstaff and his father both had another problem this platform could fix. They both wanted to grow a vegetable garden near their homes, for their own use. Wagstaff wondered how he could get people to keep up the garden while he went on vacation. “It wasn’t easy to find someone. There are landscapers, but they aren’t necessarily the right avenue to take, especially if you want to grow sustainable foods.”

Wagstaff began ideating the startup in August 2015, and launched a minimal viable product (MVP) 10 months later. “Simply put, we connect supply with demand,” much like Airbnb, he said. The first task Alfrea took on was to connect people with their neighbors for the purpose of farming or growing food. For now, the startup is focusing on New Jersey, Pennsylvania and Maryland. Wagstaff is working with two additional full-time employees, Lindsey Ricker, customer engagement manager, and John Dynak, who is called “chief everything else officer.”

The MVP was developed as a hybrid open-source platform with some custom development. The startup used offshore developers to achieve its goal. Wagstaff noted that the MVP is fully functional: People can go onto the website and find land or services. And they can use their credit cards, so they don’t have to give cash to anyone. There is a geographic search capability and a way for customers to rate their experiences.

“We are on track to get 7,000 subscribers by the end of the year,” Wagstaff said. He added that the MVP, while not fully featured, is highly scalable, so it wouldn’t be a problem if 100,000 subscribers signed up.

Wagstaff is excited about the social impact his startup could have as it continues to grow. “One of the things I find exciting about Alfrea is that, not only does it have the potential to be a big, scalable business, it has the potential to have a big impact.”

For example, he said, it is a very cost-effective solution to give people who don’t have access to locally grown food access to the platform.  He cited Camden as an example, which is a “food desert,” with no supermarket. “If we had one person once a week in Camden to provide food delivery, it will provide employment for them and access to food for the community,” Wagstaff said.

Also, locally grown food cuts back significantly on carbon emissions, as trucks are no longer driving long distances to deliver food to a community. “Industrial agriculture is one of the problems leading to climate change,” said Wagstaff. “When people grow sustainably and locally, there is the potential to put carbon back in the ground.”

While Alfrea is aimed at individuals, one of the ways the company is going to market itself is to encourage apartment complex managers to offer the sustainable-food-matching service as a perk to folks who live in their communities. “There are over 56 million people living in apartments, and some of those would like to grow their own food, but they don’t have a space to do it. So we can connect them with a community plot or a farm nearby,” Wagstaff said.

Wagstaff is also going after the health and wellness market, attempting have the platform adopted as part of the healthier-eating services offered by company health plans.

Alfrea offers its platform on a freemium basis to buyers. “If you are looking for someone to work in your garden, you don’t have to pay for that. However, the person who is earning income thorough the services Alfrea provides, whether land, services or food, pays a nominal monthly fee.” Right now the fee is $4.50 for individuals and $15 for business customers, although the fees have been temporarily waived to build up the customer base. The startup also charges transaction-processing fees, as well as fees for marketing. And it’s considering exclusive advertising deals as well.

Wagstaff says that the overall market for his platform is large. “Some 42 million Americans are growing some part of their food supply today. I’ve seen studies that say that as many as 82 percent of Americans would like to grow their own food if they had that option.” Those folks are grocery store shoppers, he said. But the problem with grocery stores is that they are hit or miss. Sometimes they have local sustainable food and other times they don’t. Also, they may define “local” a bit more liberally than most foodies would, he said.

The startup isn’t alone trying to help individuals grow their own food. Shared Earth (Fairfield, Conn.) and Urban Garden Share (Seattle, Wash.) focus on people sharing their backyards, Wagstaff said. On the services side, there are a million landscapers; and on the land side, a million farmers. They can be seen as competitors, said Wagstaff, but also as folks who could use Alfrea’s platform.

Previous: Why You’re Not Networking Right and How to Make It Work for You
Next: Panasonic’s Joseph M. Taylor — Who Played a Big Part in Newark’s Tech Revival — Retires