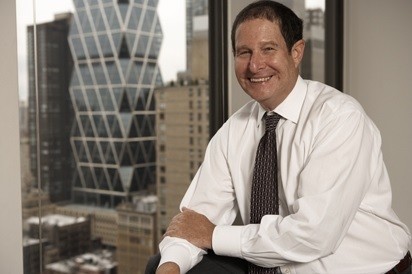 A clinical-stage biopharmaceutical firm is the first beneficiary of an investment from an angel using the New Jersey Angel Investor Tax Credit program. Approved at the New Jersey Economic Development Authority (EDA) August meeting was a 10 percent tax credit for a $17,500 investment in New Providence-based Edge Therapeutics.

The investment was made by CPA Jonathan Perelman, a partner at Friedman LLP (East Hanover), in exchange for stock in the business.

Edge Therapeutics is focused on developing and commercializing lifesaving hospital products that improve patient outcome. The products address post-brain-hemorrhage acute, fatal or debilitating conditions that have no current effective treatment. The EDA had previously provided Edge Therapeutics $100,000 in convertible debt, which was converted to equity in 2012.

Edge had also participated in New Jersey’s Technology Business Tax Certificate program, according to the EDA. The company recently raised an independent Series C round for $18 million.

NJTechWeekly.com interviewed Perelman, who said he had learned about the investment from friends and colleagues in the community.

Speaking about the tax credit application, he said he was lucky he had the expertise to process the application forms himself. “If I had to pay someone $800 to $1,000 to do this, it probably wouldn’t have been worth the effort for me” for a $17,500 investment.

“I was the guinea pig for the state of New Jersey,” Perelman said. When he applied, the state had no idea how to handle the application because he is an individual. Some of the paperwork requirements were quite onerous, he said. “With my input, they were able to modify their procedures and streamline how they handle these credits,” he noted. Perelman said he had worked with David Ackerman at the EDA, who was “really terrific, helpful and patient with the whole process.”

Perelman, who made the investment before the plan was formally announced, said he had heard that there might be tax credits available in the future when he invested in Edge. “I might not have done this if I didn’t think that the New Jersey Angel Investor Tax Credits were coming along,” he added. The credits were applied retroactively.

Discussing other states that participate in similar tax credit programs, Perelman said, “I think it’s a great way to attract investors,” including those from out of state. However, he noted, some states, such as Maryland, do not charge an application fee to those who wish to participate in tax credits and so those states are even more attractive.

“I hope that the state of New Jersey, in order to encourage small investors like myself, can eliminate that fee in the future,” he commented.

In N.J., application fees for individual investors are capped at $500 for amounts under $50,000 and at $1,000 for more than that amount, the EDA said. All investments of more than $50,000 are subject to an approval fee of 5 percent of the amount of the tax credit or $2,500, whichever is greater. The application fee is then credited toward the approval fee.

In another major move, the EDA board announced that it would invest $2.5 million in New York-based investment firm ff Venture Capital’s (ffVC) ff Rose Venture Capital Fund. The board explained that it helps increase available capital for emerging technology companies by investing in venture capital firms as a limited partner. The EDA has invested $40 million in 11 other venture capital funds, the statement said.

Formed in 2012, the ff Rose Fund is anticipated to total between $50 million and $70 million and is seeking to invest in approximately 40 angel-stage Internet and technology companies, the EDA said. The fund has raised $25 million to date and made 11 investments totaling $4.7 million. It will expand its presence in New Jersey, the EDA said.

John Frankel, a partner at ffVC, said in an email, “We are really excited about ffVC’s footprint in New Jersey. We currently have an office in Livingston, and we are building and expanding our presence by adding more team members over the coming months and looking at a number of suitable locations in New Jersey.

“New Jersey has excellent academic institutions and thriving organizations that we plan on partnering and working with, and we look forward to further immersing ourselves in the New Jersey tech and entrepreneurial ecosystem,” Frankel added.

According to the EDA, the fund has agreed to invest two dollars for every dollar the EDA invests in New Jersey-based companies, resulting in a minimum of $7.5 million of capital.

[Update. We learned on 8/20/2013 that Edge Therapeutics is a former NJTC Enterprise Development Center incubator company.)

1839 More posts in News category
Recommended for you

@njtechwkly One issue, with the official NJ locations spreadsheet and this one, is that a single organization with multiple locations gets many repetitive rows--making it difficult to determine your actual options.
I had tried to avoid that here: https://dantasfiles.github.io/nj-covid19-vaccine-location-guide/