Home » News » From Don Katz, CEO of Audible: Embracing the Comeback of a Great American City through Tech 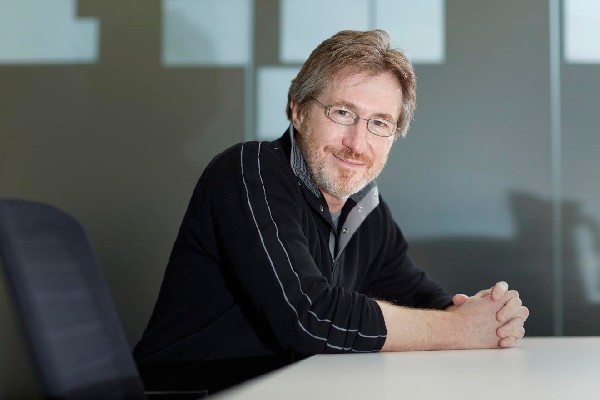 “I’ve long believed companies can have hearts and souls and missions that transcend financial gain.” DK

[Donald Katz is founder and CEO of Audible, Inc., the leading provider of premium digital spoken audio information and entertainment. He has served as both a member and chairman of Newark’s economic development corporation, and he is the founder of Newark Venture Partners, a social impact early-stage investment fund and ultra-bandwidth accelerator that seeks to connect Newark – Audible’s global headquarters – to the early-stage technology start-up innovation economy. Prior to founding Audible, Katz was a successful author and journalist for 20 years. This contribution was written as part of our Story of the Year 2016: Newark’s Tech Renaissance.]

We’ve achieved amazing growth since we moved here; we’re now the fastest-growing private employer in the city, with close to 1,000 employees in Newark — one of 16 global centers where people work for Audible. But this city’s emerging tech ecosystem needs more companies like Audible to create wealth, jobs and opportunities, and that’s why I am currently most excited about Newark Venture Partners as 2016’s most pronounced disruptive innovation in Newark and New Jersey.

NVP is a venture capital fund and accelerator investing in bringing the tech ecosystem to Newark, but what needs to be understood — beyond the philanthropic, political and business development status-quo thinking — is that NVP is also about equality, urban comeback and doubling down on education wins in places like Newark.

The launch of the Newark Venture Partners Labs accelerator was a milestone in our efforts to tether Newark to the elements of the economy that are creating jobs and taxable revenue via an embrace of early-stage tech. In addition to their interest in the strong returns from these stellar young growth companies, our investors are also focused on “the other bottom line” — generating taxable revenue and jobs for the city at all levels of employment. The amazing fact is high school graduates in a city dominated by innovative industries make more than college graduates in manufacturing communities.

Newark Venture Partners Labs’ nine companies — out of more than 650 that applied, including from the Bay Area, Washington, D.C., and New York — have been nurtured rent-free in a 25,000-square-foot space in the building Audible shares with Rutgers Business School, where they have had lightning-fast Wi-Fi and ultra-high bandwidth access to the internet.

More than 200 Audible employees signed up by their subject matter expertise to take the elevator down to coach these exciting early-stage companies in residence. As a close student of embryonic tech company creation for two decades (and a very active angel investor), I worry that the current realities of achieving growth for our cities on a macro level — a thriving startup ecosystem that values the quality of coaching and the larger experience of turning ideas into great companies versus a focus on capital — are too often missed within a state that tends to focus on reclaiming or retaining what was. This is not the thinking that has seen Berlin and other cities embrace early-stage tech to create fast comebacks from economic distress.

Anyone who attended or checked out New Jersey Tech Weekly’s deep coverage of the recent NVP Demo Day at the Prudential Center understands the impact the amazing NVP companies can have on Newark in 2017 and beyond. Some of the NVP founders have moved to Newark, and it’s so exciting to hear them express how special it is to be here in Newark and to note their awareness of how bringing in world-class startups will merge with the organic tech community on the ground in the city.

This exciting new path to job and wealth creation at all economic levels connects with exciting changes already taking place in Newark, as thousands of places for young people to live and many more places to play are coming online downtown. NVP also connects with the unrealized organic advantage of tens of thousands of first-generation college students in the city whose profile indicates they will go forth after graduation in Newark to create hundreds of millions of dollars of wealth and opportunities.

NVP, in concert with new places to live, work and play in Newark, can unleash tech as the sector that helps the city reclaim its status as a seedbed of innovation. If political leaders and, in particular, corporate leaders whose important companies may be past their hyper-growth phase can take this new thinking to heart, 2016’s forward leaps will appear as baby steps in light of the transformations to come.

1878 More posts in News category
Recommended for you

Sounds like a scam, right? But it’s not. Each year NJTechWeekly.com pleads with the New...

Still not participating in in-person meetings, but hope to in the fall.

Pa. tech firm that makes iPhone components gets $410 million from Apple, could grow in the Lehigh Valley https://buff.ly/3b2Ttjx This company has a location in Somerset.