Home » News » From the Office of the CIO: Newark’s Tech Policy is Driven by Mayor Baraka’s Vision for Newark 3.0 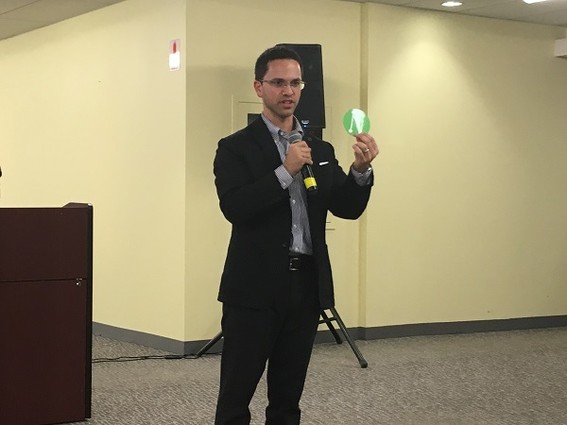 [Wainer is the CIO for the City of Newark. This contribution was written as part of our Story of the Year 2016: Newark’s Tech Renaissance.]

When I have been talking technology in Newark, I have noticed a convergence of language.  The city is going through a “tech renaissance,” and it is building a “tech ecosystem,” as we’re getting closer to becoming a “live-work-play city.”  These are all true, and I would like to add some details about just how we got here. The City of Newark’s technology policy is driven by Mayor Ras J. Baraka’s vision for the city — a vision he calls “Newark 3.0.”  This phrasing captures the high-tech place we’re headed to and the iterative way in which we’ll get there.  We will build, layer by layer, a future of great access and technological wealth for our residents.

Donald Katz, founder and CEO of Audible, Inc., once said that Newark needs a high-bandwidth calling card. Under Mayor Baraka’s leadership, we have created the fastest, largest outdoor Wi-Fi network in the US (fireboltnewark.org), the cheapest gigabit Internet in the region (newarkfiber.org), and a broad smart city partnership (brandnewark.org) that promises great things.

These programs, though nascent, are quite literally Newark’s infrastructure come to life. In the stack of our tech ecosystem, they comprise the first layer, and the place where the public sector has the most to offer.  Just as Mayor Joseph E. Haynes invested in Newark’s water supply 125 years ago, and Mayor Thomas L. Raymond started the port 100 years ago, Mayor Baraka is building a city where the Internet will be faster and cheaper than anywhere else in the region. These investments are a clarion call from the public sector to companies and nonprofits to join us, to contribute their expertise. This is exactly what we’ve seen: capital-forming investments, businesses sourced locally, nonprofits open with their data.

In the summer of 2017, you will read that another large tech company is moving its headquarters to Newark. You will walk down Broad Street and see a 300 Mbps speed test on your mobile.  You will be invited to a meeting in a space that has a 10-gig pipe to every desk, or live in a loft that has the gigs for free. You will be connected to an arts and cultural scene that sends poetry to your heart and WBGO jazz to your ears. You might borrow an audiobook on your lunch break from the largest free digital library in the world. You might even see a self-driving car in place of the usual office shuttle.

Previous: NJTW Story of the Year 2016: Newark’s Tech Renaissance
Next: From Panasonic's Joseph Taylor: Addressing the Digital Divide in Newark