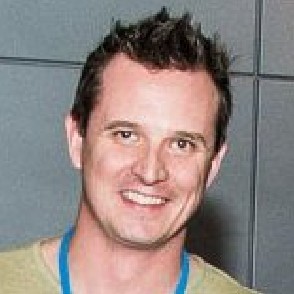 A new mobile database called “Realm” was the topic of discussion at the Google Developer Group: GDG North Jersey meetup on February 29. The group met at the offices of Audible in Newark. Approximately 50 to 75 people attended.

Featured speaker Donn Felker, a Google developer specializing in Android, gave a presentation on Realm.io, a multi-platform, object-oriented database with a Java interface. Felker, who is based in central New Jersey, has been developing software for almost 16 years.

For the last seven years, he has also been operating software-based businesses. He is a computer consultant and writer, and the author of “Android Application Development for Dummies” and other works. He is currently a consultant for Realm, writing documentation.

Felker made the case that Realm is a good substitute for SQLite. Realm works very well with Android. With Realm, users work with regular Java objects — not SQL, cursors or object mappers. Realm has reactive features, and is its own persistence engine, a true object-oriented database, not object-relational mapping (ORM) sitting on top of SQLite.

He also said that Realm is easy to learn and use, and that it’s fast, often faster than SQLite and much faster than ORM. As Felker explained, the zero-copy database design is what makes Realm so fast. This technique does not update the index, but instead creates new objects and object hierarchy while slating the old objects for deletion.

Tech support and documentation are available from the developers of Realm, who monitor Stack Overflow for questions about Realm and answer those questions.

Realm has advanced features such as live query updates, encryption AES-256, graph queries and easy migrations. Live updates can run in background processes, and searches can be relegated to threads for later completion, which eliminates the need to wait for results or periodically poll for updates, he told the group.

The encryption is local and not for the backend, with the entire database being decrypted into memory at once, when accessed. There are no encrypted queries. The database remains encrypted automatically upon turning off the phone. Felker cautioned that use of the encryption requires compliance with special export laws.

Realm supports large databases and is scalable.  Large concerns such as Google, Walmart, IBM, Starbucks, L’Oréal, eBay and many others are using Realm, and are satisfied with its speed and other features.

A representative from Audible welcomed talented Android developers to consider the opportunities available at the company. Most attendees were individual app developers, and there was ample opportunity for them to network before and after the presentation.

Previous: 5 N.J. girls are finalists in $2M national science contest
Next: Opinion: You Don’t Need a Cofounder to Be Successful