Dignitaries, including Newark Mayor Cory Booker and U.S. Deputy Secretary of Labor Seth D. Harris, descended on the New Jersey Institute of Technology campus in late June to discuss what two Federal workforce grants would mean to the tech community and the citizens of Newark.

The first grant, of great interest to the N.J. tech community, was a $5 million influx of funds from the labor department known as the H-1B Technical Skills Training Grant. The grant, awarded to NJIT in partnership with the North Jersey Partners Workforce Investment Board (WIB), will create training opportunities in high-skilled, high-wage, and high-demand tech occupations for the long term unemployed.

It will also create opportunities for employees at companies, who by taking grant-funded training, will become able to qualify for jobs similar to those now held by those on H-1B visas.

The grant is intended to mitigate the need for H-1B visas for skilled individuals and to allow workers to get jobs in “industries that are growing right now,” Deputy Secretary Harris said.

In this case, he said, information technology job training will allow workers to build apps for smartphones and learn cloud computing, among other skills. The H-1B grant is funded by fees from employers who are importing skilled foreign workers to fill jobs when they cannot find U.S. workers with the necessary skills, Harris noted. “Our goal is to train U.S. workers so they can obtain these long lasting jobs.”

Speaking for the employer contingent, Crestron Electronics (Rockleigh) senior director of Human Resources Martin Devaney pointed out that he welcomes the grant. He said he often has SAP-related jobs that age more than 140 days, and his department is at a loss as to how to fill them.

Crestron believes strongly in hiring from the community, yet there are no people with the necessary skills in the community, he is told. The “grant is a great opportunity to bring the skills that we need as employers to the people who live in our state, pay taxes in our state and use the schools and government agencies in the state.”

According to NJIT Associate VP for Technology Development Judith Sheft, the H-1B Technical Skills Training Grant will be implemented in phases.

Partners like IBM, Crestron and AT&T; are already using some of the grant funds to train their existing workers on important tech skills they need so they can transition them to new job opportunities in their companies.

And IBM has generously agreed to make a whole suite of courses that they use for their own employees available to NJIT and its partners through their academic partner program, Sheft said.

In the early fall, the University expects to host several industry roundtables to discuss just what skills are needed by the tech community in N.J. “We don’t want to just think up courses. We want to provide real skills that match the needs of the industry and address the skills gap they are seeing.” Sheft, who has project management responsibility for the grant implementation said that the University will be measured on actual job results that come out of the companies’ participation.

After the roundtables and once the needed skills are defined, the University and its partners then expect to present a number of job training options including “for credit” courses or continuing education certificates. Eligible individuals will be screened, referred to the program and tracked through the OneStop centers in the various communities.

NJIT has several roles with the H-1B grant. First, it is the principal investigator for the grant, under the supervision of Dr. Gale Tenen Spak, Associate Vice President for Continuing and Distance Education. Second, it has the overall project management and overall financial management responsibilities for it. And third, the University is one of a number of training partners.

The second grant, to the Newark WIB for about $3 million, will allow the city to modernize its workforce system to better match citizens with job openings. In particular the city will apply some techniques pioneered in law enforcement and city government to improve data assessment, collection and analysis and build a better workforce system.

As Mayor Booker said after chronicling some of the important achievements Newark has recently made in bringing industry, including tech industry, to the city, “What is wrong with us if we cannot connect Newark residents with the good jobs? We have a wonderful tech firm, Panasonic, moving into Newark, and they have signed an agreement that they will make a good faith effort to hire our residents first, but if I don’t have residents that are qualified for those jobs, prepared for those jobs, empowered to get those jobs, then what have we done?…. This is the challenge of the 21st century. Will we prepare the workforce to meet those 21st century jobs?”

Nelida Valentin, Newark WIB Executive director, said that the award reinforces that “we are on the right path” to build a robust pipeline for workforce development and make sure that training aligns with jobs, while also bringing efficiencies to Newark’s economic development efforts. The analysis “will help us make the right kind of decisions, and we’ll have a tracking model to see where needs are most consistent and how they are being met,” she added.

1778 More posts in News category
Recommended for you 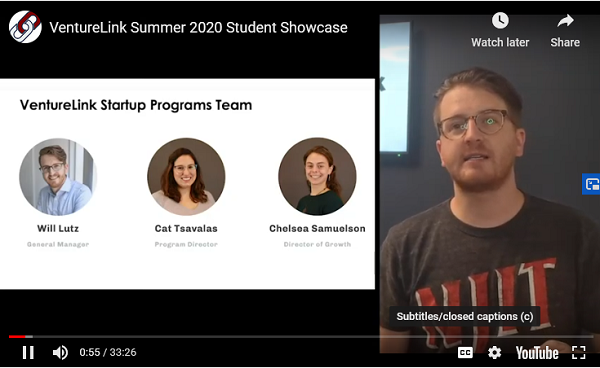 For Gonzalez, the ability to pivot products meant everything - ROI-NJ https://buff.ly/31NC2xZ