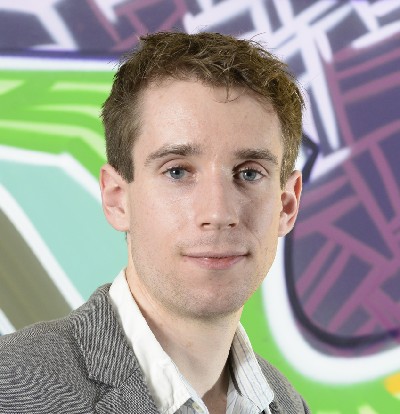 [This opinion was originally posted here, on the JuiceTank blog page. This is the writer’s opinion, not the opinion of NJTechWeekly.com.]

The New Jersey startup scene has seen its share of highlights and growing pains, but I would like to steer away from the bird’s eye view for the time being. Often when we assess the ecosystem, there aren’t many individual companies that make the conversion. I’m not sure why, considering you can’t develop a great ecosystem without actual businesses.

So when I comprised this list, I sought to include businesses that were growing fast, generating high revenues, and were all growing right here in the state. The rule of thumb for this list was that the company would have be beyond the traction stage – some of these startups have already successfully gone through multiple funding rounds, and others have completely reached profitability. Others have grown quickly enough that they are expanding their teams tenfold, and offering many jobs.

Let me know if there are any startups you’d like to see in the future list – write your suggestions down in the comments, and stay tuned for the startups to watch for in 2015.

Futurestay is disrupting the $100B vacation rental industry with their SaaS system that let’s the vacation managers take the traffic back to their sites rather than have it on a portal like HomeAway. Currently part of the JuiceTank community, like any startup that is gaining some serious traction, they are looking for developers right now – so if you know your way around the LAMP stack, just let us know.

Founded by Rutgers graduate John Frei, SpeechTrans has created a product that enables users to have a complete conversation with anyone in the world speaking any language. SpeechTrans smartly incorporates the speech-2-speech (S2S) translation software to provide users with automatic speech recognition, language translation, and text-to-speech. Just imagine being able to have a complete conversion with anyone in the world. The potential applications are closer than ever to being realized, as they were able to raise some serious money during their crowdfunding campaign to the tune of $585K.

I covered the achievements of this team of motorcycle enthusiasts and engineers back in my 2014 recap of the New Jersey startup ecosystem. Having graduated from TechLaunch’s LaunchPad3 accelerator, they were able to receive their first $500K in capital a mere 3 months after their Demo Day presentation. The technology they are creating is called the Guardian smart helmet, which has a front and rear cameras, and a built in computer allowing riders to communicate with it.

Armed with a very impressive board of advisors, Recombine has built a platform called CarrierMap, which provides very affordable genetic tests that being provided to thousands of patients around the globe. They’ve been able to grow quickly using their broad network of physicians. With their comprehensive clinical genetic testing expanding, their goal of improving world health outcomes should come to fruition.

So what’s really powering your Google Hangouts video conferencing? Turns out it’s Vidyo who has built their robust video conferencing platform that the big names use for their systems. Having raised their Series E round in July, these guys are well on their way, bringing the total amount of funding to $139M.

Having enter the connected home market before it was cool, Wattvision makes it easy for the customers to save money on their energy bills by giving live feedback of energy use. All you do is attach a sensor on your electricity meter and it communicates the data to your phone. They recently won the startup pitch competition at Tigerlabs, which had quite the panel – it is now proven that Senator Corey Booker is a fan of the company.

Liquid Light, which just emerged from stealth-mode six months ago, has taken in $23.4 million in funding since their founding in 2009. With this fresh capital, they plan to take their technology that converts carbon dioxide into chemicals plastic soda bottles and other products to scale.

This Series B funded company located in Toms River is an online video advertising network, serving over 300 million ads monthly to many high caliber publishers. They’ve recently been in the news since they were added to Deloitte’s 2014 Technology Fast 500. I’m sure that this can be attributed to the 970% growth in revenue that they experienced this year…