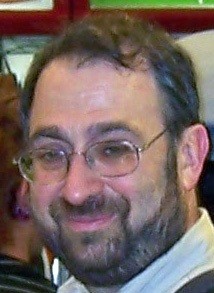 Participants attending the Hack Jersey hackathon — held from Jan. 25 to Jan. 27, 2013, and organized by The New Jersey News Commons, a project of the School of Communications and Media at Montclair State University — heard from many speakers during the weekend.

NJTechWeekly.com was interested in the views of Marc Pfeiffer, retired deputy director of the N.J. Division of Local Government Services in the Department of Community Affairs, whose topic, “Why It’s Hard to Get Data From State and Local Government: A Bureaucrat’s Perspective,” cut to the heart of a problem that nags at reporters and their new coding allies.

Pfeiffer explained why it’s often difficult for journalists to get public administrators to help them by releasing data the reporters feel they need.

Journalists, Pfeiffer said, have to separate the political process from public administration. Politicians don’t want to look bad, he explained, so political considerations can stymie release of  data.

Most administrators, however, see their jobs as about public service and are happy to help out. They do worry about their careers, though, and may “keep their heads” down and defer to political appointees regarding information that might reflect badly on them or their bosses.

A lack of trust sometimes develops between public administrators and reporters and especially their editors, said Pfeiffer. “Stories get blown out of proportion or journalists don’t take enough time to understand a story” completely, he noted. “You [journalists] have to build trust,” he added, so government workers don’t see you as out to play gotcha.

In addition, “government tends to lag [behind] the private sector in terms of technology and everything else,” Pfeiffer said. About 10 or 12 years ago, he explained, he spent time advising government officials about the Web and told them they should think about putting up websites. Their response: “Why would we want to do that?” “It took a while,” he said, noting, “There are still a couple of towns that don’t have websites in New Jersey, but we are getting there.”

Government adopts technology incrementally, and states have been slower than the federal government. N.J. does have a “transparency” website, which Gov. Christie has supported. “It doesn’t have all the data journalists want in all the formats you want it [in],” but it’s better than what we had five years ago, said Pfeiffer.

Local governments are the hardest to bring up-to-date, he added, because they don’t want to spend a lot of time and scarce financial resources on technology.

Open access to data is a relatively new thing, noted Pfeiffer. In N.J. the Open Public Records Act (OPRA), which is more than 10 years old, didn’t really envision making raw data available when it was enacted. In the past, the belief was that just because government had information, that didn’t mean it should make it widely available. That conflicts with the way most journalists think.

Pfeiffer said administrators believe they are protecting information, since the public has been provided it for a particular regulatory or government purpose. “Did you ever think of going in and asking for a list of people with burglar alarm registrations?” he asked his audience. “Think about it. It’s a bad idea to release it. It shows the bad guys where not to go.”

Our society needs to have a public discussion about which data it makes sense to release, he suggested.

In addition, Pfeiffer pointed out, taxpayers often pay for data collection while private companies  are obtaining that information and monetizing it. Should the public get something in return as revenue for releasing that information? he asked. Traditionally, the answer to that question has been no. “We don’t get to charge a market value for that data and offset the costs back to taxpayers,” he said.

Pfeiffer added that several state agencies are doing a particularly good job of putting data out there. The N.J. Department of Transportation has lots of data on its site, and the state Office of Geographic Information Systems also puts out information.

Property ownership and value information, however, is compiled using a 40-year-old COBOL program, said Pfeiffer. Yet, “a couple of years ago the taxation people thought they could download the information into an [Microsoft] Access database, which they’ve done.”  The full data set is now available upon request and portions of it are available online through the Transparency site.

The combination of OPRA and current technology is opening up the availability of the data, but money to upgrade and invest in IT systems that would make much of New Jersey’s data available online to the public is scarce, he noted.

A video of Pheiffer’s talk is available here.