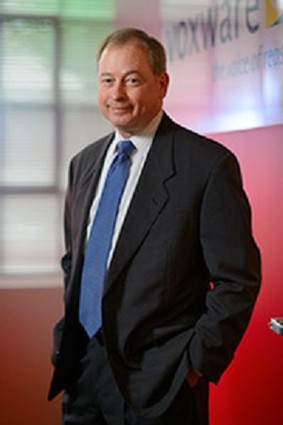 When Keith Phillips, president and CEO of Voxware (Hamilton), reflected on his company’s 25th anniversary during an interview with NJTechWeekly.com, his pride was evident.

“Our 25th year is a tremendous accomplishment,” he said. “We see companies in the industries we serve closing their doors because they were unable to deliver for their customers. We’re very excited to celebrate this achievement.”

Voxware was founded in 1993 as a provider of software that translated human speech into computer digital languages and decoded them for listening. It has since emerged as a leading provider of cloud-based voice and analytic supply-chain solutions for distribution operations.

The firm recently commemorated its anniversary at the MODEX 2018 trade show. “MODEX 2018 was a great show for Voxware. The traffic coming through the booth and conversations with prospects and customers alike were extremely productive,” said Phillips.

“Our augmented reality demo station was three to four people deep for much of the show, with folks wanting to learn more about that solution. AR is still very new to a lot of people, but it’s an application that, if deployed properly, can be a real game-changer for companies. It combines traditional voice with scanning, vision and image/video capture; and it’s another example of Voxware giving our customers the option for the best technology for the job at hand.”

He continued, “Our commitment to continually investing in our technology enables us to deliver the right solution to maximize the efficiency of the distribution center for our customers.

“There are several advantages for choosing the cloud offering, including: no IT infrastructure costs; reduced burden on internal IT resources; cost-effectiveness, given that hardware devices and software upgrades refresh automatically within the subscription model; and scalability (adding users during peak times with ease). And with cloud, many smaller companies can realize the benefits of voice technology that traditionally could not undertake a voice deployment,” Phillips wrote us in an email.

Apart from its headquarters in Hamilton, Voxware has offices in London (opened in the mid-2000s) and Boston, both of which handle current and prospective customers’ needs, but all software development and R&D is handled in the United States.

According to Phillips, Voxware has been awarded several patents for its voice technology, which has greatly helped many of its clients. “There are many benefits companies realize from our software: accuracy results approaching 100 percent, improved customer experience, double-digit productivity gains, accelerated fulfillment and on-time deliveries and real-time visibility throughout the entire distribution operations,” he told us.

Phillips noted that Voxware has “an ongoing strategy of future-proofing our solution for our customers through continued investment in our technology and continuously introducing new solutions.

“We are continuing to build out our augmented reality solution, which we launched in 2017,” he said. “We are also further developing our predictive and prescriptive analytics capabilities. That tool is driven by data gleaned from multiple areas of the supply chain ? warehouse teams, transportation, ERP, WMS, CRM, HR, social media, etc. ? to not only improve efficiency within a single distribution center function, but to also improve system-wide performance,” he said.

Companies benefit from proficiency and productivity gains in their distribution operations. They “would turn us on and see their accuracy numbers increase to nearly 100 percent and see productivity gains from 20 to 30 percent. As our product offering has evolved, companies are now seeing the real value of voice across the entire distribution center. Most customers are now using our multimodal voice solutions for multiple workflows to automate their entire distribution operations. Combine our voice technology with our real-time analytics tool, which gives warehouse managers the ability to see, measure and manage activity across all distribution centers, and those numbers go through the roof.”

The IT industry is at a critical juncture, and automation in distribution centers is continuing to be a major objective for all industries, Phillips said. “With unemployment numbers as low as they are, companies can no longer add people to solve problems. They are going to have to invest in technology if they want to compete. Through automation, we’re able to increase efficiency and productivity at these companies, while creating a better overall customer experience.”