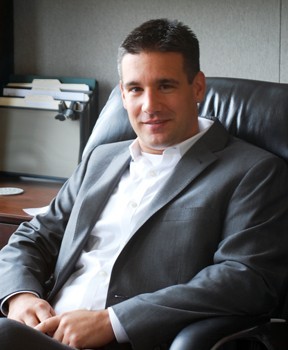 On closing, the agreement will create a communications infrastructure provider in New Jersey and the New York metro area, with a fiber optic network comprising more than 700 route miles, 130 on-net buildings, 49 colocation facilities and 1,700 outdoor wireless locations, with a further 3,000-plus locations under contract.

Both are relatively new companies. Cross River was formed in 2011 and ZenFi began to do business in 2014.The combined company will retain the name “ZenFi Networks.”

The current ZenFi and Cross River management teams will continue to lead the new company, with the support of Ridgemont Equity Partners (Dallas, Texas, and Charlotte, N.C.), a middle-market private equity firm, as well as a majority shareholder of Cross River Fiber. A spokeswoman said that the offices in Morristown and New York will both remain open, and that all the staff will be retained.

The merger is set to close later this year, pending customary regulatory approvals. No other financial terms of the transaction were disclosed.

ZenFi and Cross River began their collaboration in 2017 by creating a joint self-service platform that allows customers to purchase and configure inter-building and interstate network cross-connects.

At that time, Clemente told us that “there were a lot of synergies between our two companies, but one we’ve recognized for some time now is that we have connectivity into multiple data centers in and around New Jersey and New York City.

“It made sense for us to collaborate on two fronts, one of which was joining our networks together to service both New York and New Jersey, and the second was to develop a platform to allow our end users to get access to that data-center connectivity a lot differently than they get access to it today. … We’ve tried to create a tool that gives them access to this more easily and transparently.”

“While both companies have achieved great success to date, as a combined business, our geographic footprint and product capabilities are greatly expanded,” said Clemente in a release. “We can now offer custom telecommunications solutions in New York, New Jersey and beyond to more wireless mobility, carrier and enterprise customers than ever before. Our teams are cut from the same cloth – we’re both builders and owners of purpose-built fiber optic networks and wireless infrastructure – and together we will provide that cutting-edge network architecture of both fiber and wireless services to an even bigger customer base.”

LaChance noted, “The merger of ZenFi Networks and Cross River Fiber allows us to scale our communications infrastructure portfolio across the region, providing a robust fiber and colocation platform enabling the deployment of a wide range of digital services by mobile network operators, telecommunications service providers and large enterprises.”

“Ridgemont Equity Partners originally partnered with Cross River Fiber in 2014 to help grow its network and expand its customer base alongside a talented management team,” said George E. Morgan III, partner at Ridgemont Equity Partners. “We have known the ZenFi Networks management team for many years and are thrilled that the companies are joining forces. The merger is a natural progression for both ZenFi Networks and Cross River Fiber as the companies have complementary markets and service offerings. This new partnership with ZenFi Networks marks the start of an exciting chapter of expansion and innovation and we are very pleased to remain actively involved in this next stage of growth.”