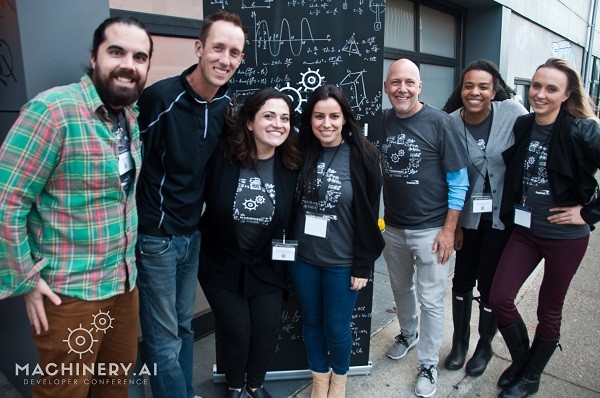 VOICE, the Amazon Alexa-sponsored voice summit that is coming to the New Jersey Institute of Technology in Newark July 24-26, is, according to its organizers, a first of its kind: the first large- scale conference focusing on interactive voice technologies, audible technologies, and human voice-machine interactions.

That Newark was chosen to host this conference is indeed a coup. In an interview, Peter Erickson, CEO of Modev, a community of more than 25,000 software developers and executives seeking to keep pace with technology and industry transformation, told us that his group decided that voice was the next frontier, and that they wanted to host a technology conference about it.

Last summer, Modev put together a 10-city tour to build Alexa skills and “that taught us a lot about the market,” Erickson said. “We learned who was coming around voice, including developers, designers and product leaders. We also noted that content writers, creative writers, marketers and people who were leading search efforts,” were interested in this cutting-edge tech area.  All-in-all, Modev trained about 2,000 people, and “we knew at this time that we needed to create this kind of big tent-event for this voice-first era.”

After the conference secured sponsorship from Amazon, the next step was deciding where it should be. “We wanted the communities to speak for themselves,” and so Modev put together a request for proposals, he said. “We ended up with four host city possibilities based on that.” Those final cities were Newark, New York, Philadelphia and Los Angeles.

“Then we asked for more detailed proposals from each one of those cities. Newark’s proposal stood well-apart from the rest. Newark gave us a response that included [cooperation between] the city, the convention and visitors bureau, the economic development council, the university and local industry.”

It also helped that the brand new Wellness and Events Center at NJIT could be used as a home base for the conference, for the keynote stage, the breakouts and the exhibits.

“We had a confluence of things: a great response and a unique location. After our site visit we really understood that Newark is a city that is in transformation right now. We are catching Newark at the right time, on the upswing.”

Erickson said that he hopes that this event will be the first of many in Newark. NJTechWeekly.com asked him to give some compelling reasons why readers might want to attend.

“We have just entered into the ‘voice-first’ era. We are just coming out of the mobile-first era that was spawned by the iPhone and Android, and every organization out there had to build apps for the smart phone. That took about ten years for that to mature.  This transformation started with the Amazon Alexa; really the first mass-produced, voice-first assistant inside of a stand-alone product. That really spawned the market the way the iPhone did.”

People who come to the conference will understand what the voice-first era is all about, what the opportunities are, and also will be able to be trained by people who are already well-steeped in this new market, Erickson noted. “We have 12 to 15 people coming from Amazon alone,” to give classes and teach what they’ve learned in three years with Alexa. We also have people coming from all facets of industry; from major brands, from agencies, from consulting firms, and book authors ­–, everyone who wants to be at the cutting edge of Voice.

“The conference won’t only be about Amazon’s platform, Erickson noted. “If you Google who is speaking at the conference, you’ll see we are having someone from Google, and leading companies like Nuance, and so many other startup companies that are building the platform in this space. Companies like YEXT are coming, and Audible will be there. Audible was one of the very first voice-first companies. We have almost 200 companies.”

[Modev has teamed up with the Gov. Murphy’s  office for a statewide promotion launching July 9. The promotion will allow developers to access all remaining three day passes for just $100 (a $395 value), through July 16th. The rate then goes to $150 until the event is sold out. Register here: http://bit.ly/2q4YNv3  and use code NJDEV.]

1699 More posts in News category
Recommended for you

.@FelicianoCenter Exec Director sees expansion of the annual pitch competition as a way to bring students & their startups closer to the entrepreneurial community.

Executive Moves: Inkbench, AAHPM and more - ROI-NJ https://buff.ly/2vJZRu6
Congrats @SkiingGeorge although this wasn't news to me!