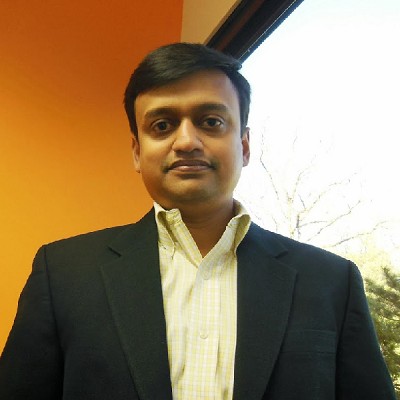 For the past 11 years, NetElixir, a Princeton company using advanced search engine marketing technology to increase satisfaction for customers, has flown under the radar.

With a 67,000 small businesses using its LXR Marketplace and a roster of premier retail customers, NetElixir is becoming a thought leader with an outsized impact on the search engine marketing (SEM) and search engine optimization (SEO) spaces.

However, even though its founder, Udayan Bose, gives lectures at Ivy League universities and sponsors one of the premiere learning conferences, the X=Experience, for thought leaders from major companies such as American Express and Ivy League universities such as Harvard and the University of Pennsylvania (Wharton), the Princeton-based company is largely unknown in New Jersey.

That’s because the company has been keeping its nose to the grindstone, perfecting technology that can predict whether customers from certain market segments will complete purchases from a site, and what websites those customers will visit after they leave. The company’s smart products, based on data mining and analytics, have been embraced by major clients.

For NetElixir, 2015 has been a major growth year, when the company entered into a strategic marketing partnership with logistics giant UPS. UPS wanted NetElixir to increase SEO- and SEM-led e-commerce growth for its customers: small and middle-tier businesses across the country. The idea was that, by working with NetElixir, these businesses would be found more easily online, thereby increasing their sales and thus their shipments through UPS. It has been an unequivocal success, according to UPS  testimonials.

NJTechWeekly.com sat down with Bose and asked him questions about his background, how his company began, why he is located in New Jersey and more.

What is your background?

I graduated with a chemical engineering degree from the Indian Institute of Technology (IIT) in New Delhi, and then received an MBA from Mumbai University. I worked for a large Indian consumer packaged goods company, Godrej Consumer Products, in sales and brand management functions. After Godrej I worked for the leading multinational firm ICI Paints, where I was selling decorative paints (as sales manager, in Mumbai), when two classmates from IIT asked me to join their gaming startup. It seemed interesting, but at that time I didn’t know anything about the Internet. My only brush with it was checking my Hotmail account twice a month. Nevertheless, I joined them and built their online bingo business from scratch. It was an amazing learning experience on building and growing an online business. I worked there for a couple of years before moving on to start NetElixir.

Tell me about the early days at NetElixir

My wife and I started NetElixir in 2004 in India. We wanted to find out if there was a method for running SEM campaigns that delivered exceptional ROI and for which results could be predicted. In 2004, Search marketing was still very new and very interesting, and we were lucky to jump on the bandwagon at the right time. However, we realized that we weren’t in the right place — we needed to be near our customers. In 2007 we moved to the United States.

We could not have chosen a better time for our move. Of course, we walked right into the recession. We had made a big move and we needed to do something differently to support ourselves. We decided to focus on our core area of competence, which was applying a very mathematical results-oriented approach to search marketing. We started investing more in the development of our unique search-marketing technology. We had a razor focus on delivering results and customer delight.

Has the company changed over the years?

Well, in 2008 many of my customers were working with multiple agencies and were telling us that they were doing well with what we were doing, but were struggling in other areas. So they asked us if we’d be willing to work with them on the SEO front and help them with analytics. Because of customer requests, we got into these areas. We started SEO, analytics and shopping-engine management functions in 2008-2009.

Why is NetElixir in New Jersey, and what do you think about doing business here?

When we moved, we decided we wanted to move specifically to Princeton because Albert Einstein had taught here. I’m a big fan of Albert Einstein. The only person I knew in the U.S. was my brother, who had moved to New York after completing his master’s degree at the University of Michigan. We knew about Princeton University and how smart the people here were, and we thought it would be a privilege to live in the same city as Einstein had lived.

Princeton has a lot of plusses for us. It is equidistant from New York and Philadelphia, both of which are influential e-commerce hubs. While Madison Avenue is exciting, we have seen that, as people progress in their careers, how meaningful the job is becomes more important. There are a lot of very smart people in New Jersey who don’t want to keep traveling to New York when they can do something meaningful, exciting and cutting-edge here in New Jersey.

One of our challenges — and perhaps due to cultural bias — has been marketing ourselves. Very few (if any) know that NetElixir has been responsible for five world-class innovations in the search marketing space. We shied away from marketing ourselves because of our belief that, if we did something amazing, people would automatically know about it and would want to join us. That was a learning curve, but now we are getting the word out.

[Part two of this article will cover NetElixir’s “secret sauce,” a conference for thought leaders it holds every year and the company’s future plans.]