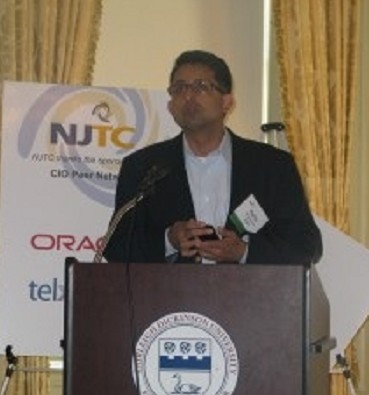 The year 2014 is going to be a very good one for IT spending worldwide, according to the report and webinar entitled State of the IT Industry published by Data Inc. (Montvale). The findings are based on a survey of almost 220 IT professionals conducted by the company in late 2013.

Some 95 percent of the survey respondents said they expected IT spending at their company to either increase or stay the same in 2014.

Last year turned out to be a good one for IT spending, with 81 percent of the respondents indicating that their firm’s IT purchasing had increased from 2012 to 2013.

Speaking on a panel at the webinar, Susan Leicht, senior account executive, said Data Inc. is seeing a guarded increase in spending among larger clients.

“I use the term ‘guarded’ because line managers are now being required to go above and beyond with justifications for their positions; they are being asked to get additional signatures before budgets are approved,” said Leicht.

“This is an added level of responsibility for the managers … . While business users in past years have been somewhat taken out of the equation for spending, I believe they will be back in the equation, and that will drive some of the higher budgets,” she added.

Application development (66 percent) and application testing/quality assurance (61 percent) were the top two areas of IT investment in 2013 and should continue to be among the top priorities in 2014, according to the survey respondents.

Ashis Bhisey, vice president of technology at Data Inc., said the survey participants’ demographics explained those figures. Some 26 percent of the respondents work in the financial services industry, which accounts for 50 percent of worldwide mobile IT spending, he pointed out.

“Since these players tend to be very high on custom application development, the results of the survey are not at all surprising,” Bhisey added. After the 2008 downturn, many financial firms weren’t making big investments, Bhisey noted. “I think what we are seeing now is that they are back to investing on their core applications and scaling them as the volume of business picks up,” he said.

Among the areas expected to increase most substantially in 2014 are service-oriented architecture (SOA) and mainframe migration/reengineering. Mobile app development was also cited as a major priority for 2014.

The growth in mobile is not surprising, said Conrad Leao, vice president of operations at Data Inc., with smartphones and tablets the fastest-growing hardware segments last year. “Making existing applications available on mobile for both employees and customers is high on the agenda of corporate IT departments, particularly in consumer-oriented businesses,” added Leao.

Corporate satisfaction with IT vendors is down. Just 25 percent of the survey respondents stated they were “very satisfied” with their vendors in 2013 versus 56 percent in 2012.

Leao said possible reasons for this are the IT service provider industry is maturing, buyers are more sophisticated and customer expectations are rising. “We have seen ourselves that some of the large service providers are struggling with the pressures that [the] economy of scale puts on service,” he noted.

Cost was cited as the top (53 percent) challenge encountered in implementing solutions, with support and maintenance of a provided application also named.

Companies said a lack of resources and experts, which they expected to continue in 2014, had proved challenging in 2013.

Addressing that point, Leao noted that the economies of scale the manufacturing industries have “gotten us all accustomed to” doesn’t translate in the human IT industry. This corresponds to increasing challenges in finding and keeping resources. So while there may appear to be a lack of resources, the real issue is that companies face cost pressures that prevent them from being able to pay for the resources they need, Leao said.

Leao called that answer a surprise, even to Data Inc. “It has been our experience that most large corporations use offshore services in some measure. This is a number that we will be closely monitoring because it … seems to fly in the face of our own experience,” he said.

The companies polled appear to be looking for diversity in the IT service firms they hire, the survey suggested. While experience and expertise were rated as the top reasons companies consider an IT service provider, they placed great emphasis on using firms with a minority or disadvantaged business status.

Previous: Rutgers Professor Creates App that Shows When Your Phone is Tracked
Next: Spotlight on TechXtend: Moving Into the NJ Government and Educational Market