By popular demand, the Jersey City Tech Meetup held its second Green Rush “Cannabiz” event, on April 16 at the Zeppelin Hall beer garden, almost a year to the day since the successful first Green Rush event.

Drawing an all-time record attendance, according to Meetup organizers, the event included two panels and an industry vendor trade show, which ranged from companies selling medical CBD to an organization pitching prospective (canna) customers, inviting them to visit its floating therapy tank, which helped them to relax and truly get away from it all.

Whether you are currently working in tech or just about any industry one can think of, the panelists said that there is ample opportunity to transfer your skills and experience to some area of the cannabis industry.

One of the panels, titled “Cannabiz & Beyond,” addressed a wide array of topics, from advice on how to successfully break into the industry to sophisticated medical discussions exploring the human endocannabinoid system (ECS).

In fact, many medical practitioners believe the ECS to be the most important physiologic system in the human body, as it is involved in both establishing and maintaining health. Like other systems in the body, the ECS modulates and communicates with other systems, so it can help you stay in homeostasis and heal faster.

The event’s other panel, “Staying Legal,” delved into many of the legal aspects surrounding cannabiz. At present, cannabis product use for nonmedical purposes is illegal under federal law. More than 30 states allow citizens to purchase cannabis for medicinal purposes, but less than half that number permit recreational cannabis use, and they don’t include New Jersey or New York.

Meanwhile, Canada is one of the few countries in the world that does permit recreational use, due to legislation passed in 2018. In the United States, it remains unclear when or if it will become fully legal at the federal level, but some think that may happen after the 2020 election.  New Jersey and New York are expected to permit recreational cannabis usage in the near future, although the timing is still a bit murky in both states.

Here are some of many highlights from the panel discussions:

43 More posts in government or politics category
Recommended for you 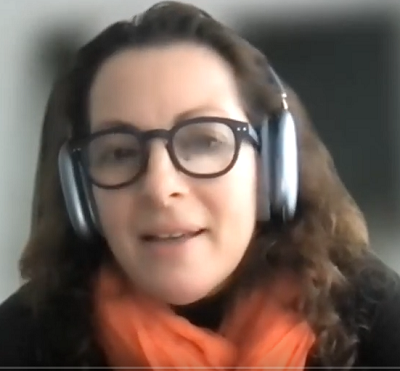 SheTek (Princeton), a not-for-profit organization that helps women get started and get ahead in technology...