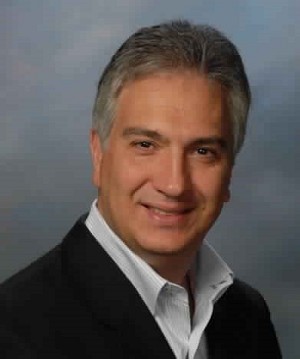 In June of 2012, Juniper Networks opened a new facility called “OpenLab” in Bridgewater. Filled with state-of-the-art networking equipment, OpenLab was to be an innovation center,  open to any company or student that needed access to it.

The intention was for OpenLab to be the place where developers could join with Juniper engineers, technology specialists and industry and academic peers to learn about, work with, and push the boundaries of software-defined networking (SDN) and network automation technology.

At that time, the company discussed its commitment to New Jersey, saying that it had expanded its role here because of the legacy of telecom research and the skilled workforce in the state.  Vince Molinaro, currently executive vice president and chief customer officer at Juniper, and the executive sponsor of OpenLab, stated, “New Jersey can be an awesome hotbed for network innovation, as it was in the past.”

OpenLab has fulfilled its mission, and then some.

The facility drives the development of new network integrated applications, works with third parties to enhance their understanding of Juniper networks automation and programmability and supports its worldwide sales team and partner community.

It also helps startups succeed by allowing them to test their ideas against a robust real-world operating network. Its resources are being accessed globally and the “OpenLab” brand name is well-regarded both within and outside of Juniper.

NJTechWeekly.com recently spoke to Jerry Passione, general manager of OpenLab, about the many and varied day-to-day activities at the facility.

“Our prime mission is to drive the development of network integrated applications. We are an incubation center for new Juniper solutions. We build some of the initial software solution demonstrationshere that our sales and partner teams tap into worldwide,” he said.

The facility also hosts training sessions on Juniper’s product Contrail, an open-source turnkey cloud orchestration and automation platform, and on Junos automation, for customers and other organizations.

“We also support ‘sandboxes’, opportunities for people to work hands on with the different platforms,” in a secure environment. Users don’t have to be on-site to run these experiments, he said. “They are tapping into our systems from just about anywhere.”

Companies with New Jersey locations or personnel can go to OpenLab to run software or cloud demonstrations. “We are in the process of setting up a comprehensive data-center-focused SDN demonstration and test bed for a financial services company based in New York City,” Passione said.

OpenLab is also working with one of Juniper’s carrier customers to develop an SDN demo and test bed,which will give Juniper a chance to showcase its technology while the customer gets to work with the technology hands-on. OpenLab has also supported a global technology partner that has integrated its intelligent caching solution into the Juniper platforms, according to Passione.

In one case, a channel partner from South Africa sent several people to the lab for four days to participate in a custom cloud services workshop.  “With a better understanding of the products and services and the face-to-face interaction with Juniper engineers, they were able to introduce the services into the marketplace much faster than they could otherwise,” Passione noted.

In another, Juniper worked with an OSS and portal billing company, interconnecting OpenLab with the partner lab, in Israel, and holding a joint demonstration on the floor of the TM Forum in Nice, France.

NJTechWeekly.com has covered some of the hackathons (now called “throwdowns”) that Juniper has both developed and run. At first, the events were all in-house at the OpenLab facility, but as the hackathons evolved, Juniper has been taking them on the road, connecting virtually to the OpenLab facilities. This July, for example, Passione is traveling to Canada for a hackathon with a Canadian carrier and several Canadian universities.

OpenLab has developed a best practices “playbook” for these educational and competitive programs, which it plans to distribute to its field organizations so they can create their own events worldwide.

The facility has also hosted events for a variety of organizations, including Meetup groups and the New Jersey Tech Council. This has had the benefit of spreading the word about OpenLab’s capabilities.

Boon Thau Loo, a computer science professor at the University of Pennsylvania, became aware of Juniper Networks’ OpenLab through a New Jersey Tech Council event that was held there.

Loo, who happens to be a Cherry Hill resident, later took a team of students to one of the hackathons at Juniper. “Actually, the first team of three students that we took to the program came in first,” he told us.

Subsequently, Loo licensed some of the research he had been doing at the university, and founded a company called Gencore, along with some members of his research team.  Gencore is developing cloud software that  will allow customers to monitor and understand how well an application is performing in the cloud.

“Back in 2013,” Loo said, “we formed a technology partnership with Juniper.” By that time, Juniper had acquired a company called “Contrail,” and Gencore integrated the software that had been developed at the university into the Contrail SDN platform.

As a result of this technology partnership, said Loo, “We were able to try out, experiment with and deploy some of our software within Juniper’s OpenLab. … It was very helpful for us to understand how the work we did at the university would be able to plug into a commercial software ecosystem.”

Loo praised OpenLab’s friendly environment and the fact that Juniper was able to give Gencore remote access, enabling the startup to log in from Pennsylvania and work with the software.

Gencore spun off from the University of Pennsylvania in 2014, but continued its relationship with Juniper, for instance holding a demonstration of its software to some customers. Loo said he was happy to have access to OpenLab’s hardware and SDN know-how, and to have the opportunity to test Gencore’s software in a more realistic environment.

Loo added that this relationship had started out as a university-to-industry engagement, and then evolved over time into a commercial technology partnership.

He said that he saw OpenLab as an example of how industry can work closely with universities to get technology developed at the universities out the door.

Passione added that the facility is helping to boost New Jersey as a force in the networking space. “We can reach out from New Jersey and touch a number of different companies throughout the world.”

Previous: You can go (at) home again…as Craiglist founder Craig Newmark proves with Grow It Green Morristown
Next: 10 Questions for Jonathan Dambrot, the CEO of Warren-Based Prevalent