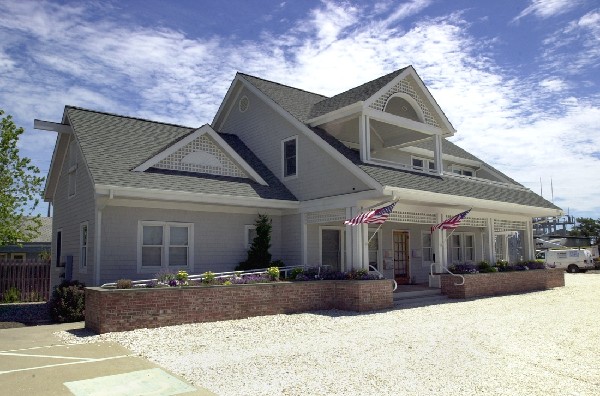 There could be a coworking space and incubator on LBI. | Courtesy Southern Ocean County Chamber of Commerce

Long Beach Island will soon be home to a new coworking space and business incubator, run by the Southern Ocean County Chamber of Commerce. And local entrepreneurs can apply for membership at the facility, which is expected to house five companies.

The Asbury Park Press recently reported on the new facility, which is slated to open this October on the second floor of the chamber’s headquarters, in Ship Bottom. NJTechWeekly.com followed up and got the details during a phone interview with Lori Pepenella, the chamber’s director of destination marketing.

The facility will have about 845 square feet of space, Pepenella said. “We have a conference room there plus four separate suboffices. So it is sort of an open plan, but it has privacy as well. There will be a common meeting room area, there’s a common kitchenette, and there will also be some work stations.”

Each company that occupies the space will pay $400 per month for 12 months of membership.

The chamber is hoping to attract “a collaborative set” of entrepreneurs, primarily companies that work in graphic design, coding, SEO specialization, communications and public relations, web-based photo or video, digital marketing and blogging, said Pepenella. However, members won’t necessarily have to work in those particular fields.

Accepted companies will have access to a number of expert advisors. According to Pepenella, these will include people like Skye J. Gibson, financial adviser at Merrill Lynch; Christopher Schwab, insurance adviser; David J. McKeon, from the Ocean County Department of Planning; and Esther C. Lawrence, assistant dean of business at Stockton University.

Pepenella added, “As businesses come into the incubator, we do have other groups like SCORE who [are] very interested in assisting and helping them reach the potential that they need to reach—either before, after, or during their time involved. So there are a lot of groups that are ready to be on hand to help these businesses succeed.”

However, companies must meet certain criteria to be considered for membership. Pepenella explained that a company must “be a registered business within our footprint,” referring to a geographic area that includes Long Beach Island and nearby towns like Forked River and Little Egg Harbor.

Additionally, applicants must be listed as president or CEO of their businesses. And “they can have employees,” Pepenella said, “but no more than three part-time employees would be considered. They also cannot have a commercial location outside of this one. So it would really be a first step—not necessarily to expand a business location, but to move them from their home office, or from a business plan scenario to actual professional space.”

Applicants should also be receptive to working with interns. According to Pepenella, “If there’s an internship program that maybe one of the local colleges want, we would hope that they would be welcoming and willing to work with some of the students that way.”

She also said one of the member businesses must also act as a coordinator, developing a shared calendar “for workspace and private office use” in collaboration with the other members.

Applications will be accepted until September 10, “unless we’re able to fill [the space] sooner.” Pepenella said.

The chamber had been exploring the idea of opening a coworking space for some time. Pepenella told NJTechWeekly.com, “We’ve had about two years’ worth of research and focus groups, and discussions with about a dozen different community leaders, and then a dozen more different local businesses. So there definitely is interest. And we have had several calls already about people looking to get their business plans in place so they can apply.”

Pepenella said that the coworking space is intended to help define the Long Beach Island area as a place that inspires creativity and fosters successful businesses. “Our whole promotional campaign for the area has been about creativity—beach culture redefined.”

She added that the chamber wants people to think of the area as “a community of businesses, as well. It’s not just recreational, but there [are] businesses all year long that do thrive. And we want to just make sure the next generation of those businesses know to adapt here, and are welcome to start here as well.”

753 More posts in Around New Jersey category
Recommended for you

At an Innovation+ chat with James Barrood, Angelo Stracquatanio, cofounder and CEO of Jersey City-based...