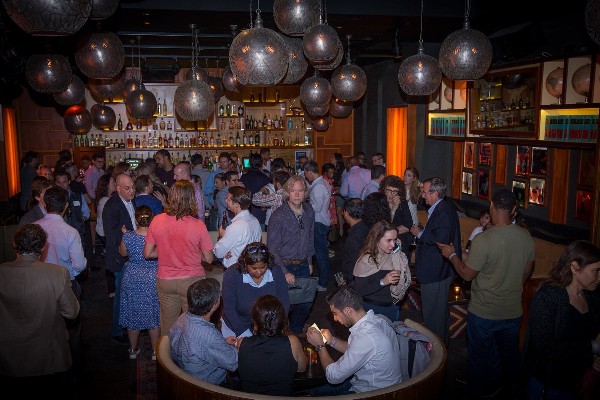 Due to a forecast of rain for the evening of September 12, the organizers of the Newark Venture Partners (NVP) class of fall 2018 moved their New York City launch party from a hotel rooftop to the ground floor at the same location.

The startup founders participating in the NVP program mingled with reporters and investors, and told them their stories. It was clear that the forecast ahead for many of these startups was a lot brighter than the weather outside.

The eight startups in the new class (listed below) were selected from more than 1,800 applicants – approximately triple the number that had applied for past classes.

The startups are led by six female founders or cofounders, including four that serve as CEOs. They represent diverse industries such as HR tech, voice, healthcare consumerization, health tech, robotics and fintech and are based as far away as Florida, Louisiana and California.

“The competition to be selected for this cohort was fierce, and we are confident that this group of startups are game changers,” said Tom Wisniewski, managing partner at NVP. “The momentum at NVP is palpable, and we are excited to help these companies put down roots and grow here in Newark.”

For those unfamiliar with NVP, it is a $45 million East Coast early-stage venture fund backed by seven leading corporations based in the Garden State, and by the New Jersey Economic Development Authority. The seven New Jersey-based companies partnering with NVP are: Audible (an Amazon Company), Dun & Bradstreet, Horizon BlueCross BlueShield, Panasonic USA, Prudential Financial, RWJBarnabas and TD Bank.

The startups in this fall’s NVP class will receive a beautiful work space in Newark, as well as assistance and collaboration from the various corporate partners, something that was a game-changer for several of the founders we spoke with during the launch party. The event was held in the SoHo section of New York, at the stylish Mr. Jones cocktail bar and lounge.

NVP was originally founded in 2014 by Don Katz, Audible founder and CEO, with a mission to grow Newark as an East Coast technology hub and recast the city as a pioneering innovation zone and ultra-bandwidth tech center.

With billions of dollars earmarked for construction projects, affordable housing, new retail development, and 21st-century work spaces, Newark’s community of entrepreneurs and young talent is growing, as they look to access New York City’s resources without the big city’s legendary cost of living and doing business.

An initial $120,000 is being invested in each of the startups, with an additional $100,000 injection coming at the close of the program. There may also be further investment from NVP’s direct investment arm of up to $1 million in subsequent seed and Series A funding rounds. These are just some of the benefits that come with participation in the program.

Below are the eight startups in the NVP class of fall 2018. Only one of these companies, Upsider, was founded in New Jersey.

ExemptMeNow seeks to drastically reduce the hassle of becoming tax-exempt and to connect the dots between grantees and grantors. ExemptMeNow does this by providing a Software-as-a-Service solution that simplifies the creation, maintenance and compliance processes for startups and established nonprofit organizations.

As the first preventive brand for oral health care, Floss Bar offers high-quality routine dental care at reasonable prices and at a location of your choosing. With a model flexible enough to work with clients of any size, they provide dental services on site for individuals and companies.

RankMiner seeks to automatically predict agent and customer behavior in the call center industry by analyzing 383 signals to identify the emotions and behaviors during the phone conversations that lead to particular business outcomes.

Over 50 percent of candidates sever their applications for jobs at companies due to a poor candidate experience, and over half abandon the application process because of a technical issue. Talentegy solves this problem by applying AI-enhanced talent analytics and engagement technology that continuously monitors the candidate journey to provide data-driven insights that will lead to improvements.

Team Mobot deploys teams of robots powered by computer vision to test software across different devices, use cases and integrations. As a solution for enterprises, Team Mobot aims to cut quality-assurance costs in half and deliver test results on demand.

Upsider allows recruiters to leverage AI technology to identify a comprehensive set of job candidates that align with their requirements, resulting in a more accurate identification of the best possible candidate for a position. Upsider also offers a set of communication tools for engaging with job applicants.

Previous: AT&T Unveils a Technology Innovation Center with a Nod towards the Future
Next: Modernizing the Grid in NJ Vital to Achieving Clean-Energy Targets

1719 More posts in News category
Recommended for you 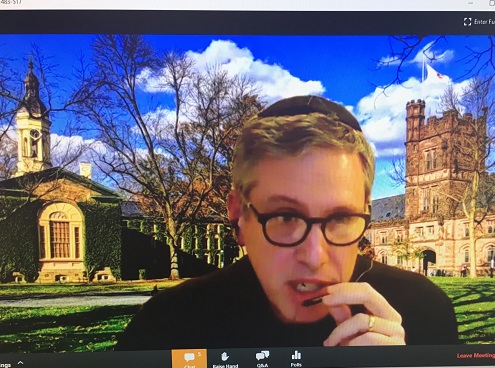 Tough Times Ahead for Startups, Which May Need to Cut Staff, Reign in Marketing Spend

The best thing to do if you’re unemployed due to the economic crisis fueled by...

Tough Times Ahead for Startups, Which May Need to Cut Staff, Reign in Marketing Spend https://buff.ly/2wcUvs4