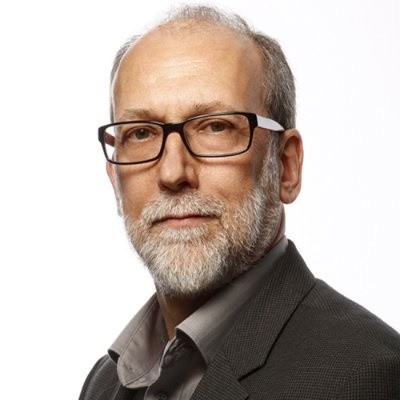 Syncsort, which has been in business for 40 years, is moving with the times, and has had a stated objective of growth, both organically and through acquisition, since 2013. The company was acquired by Clearlake Capital (Los Angeles, Calif.) in 2015, and Josh Rogers, who had previously served as president, was appointed as the new CEO. Syncsort employs 140 people in New Jersey.

“While our legacy business is around mainframe data management, a few years ago, when the whole big data world exploded around technologies like Hadoop, Splunk and Cassandra, a new area of business intelligence came up,” Hodgson explained.

Syncsort began to develop tools to extract data from mainframes and import them into the new big data environments. Hodgson said that Syncsort is a leader in this business, which the company describes as “Big Iron to Big Data.”

The company is organized around two lines. One, led by Tendu Yogurtcu, general manager for the big data business, is designed to get application data out of mainframes and into newer formats like Hadoop. The other, run by Hodgson, optimizes processing to lower costs for the mainframe and moves mainframe data and streams to Splunk. “It’s more for IT operations to get insights as to how the business is run.”

The acquisitions, Hodgson said, “are fleshing out the Big Iron, Big Data strategy, and increasing the depth of our skills and the tools that we have. We are looking for integrations to help us move quickly in executing on this strategy, so we can consolidate the leadership position we have.” The fact that all three acquisitions came from the U.K. is a coincidence, he said.

Usually, with these kinds of acquisitions, there is a big overlap in customers, Hodgson noted. “Conservatively we are in 50 percent of all mainframes, so we are likely to be in these customer’s sites already. It just gives us a slightly bigger footprint with the same customers, and we may get one or two extra.”

However, “It’s really a considered technology strategy about acquiring tools around the theme of how to help people liberate data and get value out of their mainframe data. We are also buying skills.”

The latest company to be acquired is Cogito, a small firm specializing in two types of mainframe data bases. “Cogito had built some real market-leading expertise around management tools for IDMS both helping people manage the performance of that database and applications that access it,” he said. That product is referred to as “EZ-DB solutions for CA IDMS.”

The other set of tools Syncsort acquired through its Cogito acquisition is called “EZ DB2.” According to a Syncsort release, “EZ-DB2 for IBM DB2 complements traditional DB2 performance tools by taking a unique end-to-end ‘Workload-Centric & Workload-Aware’ approach to performance optimization for both dynamic and static SQL, providing critical information to better manage and optimize workload performance.”

Both tools “fit in with our theme. We help people optimize their workloads, reduce the cost of the mainframe and liberate the data. You get the most value out of the data by moving them to these new big data environments for both business analytics and operational analytics,” Hodgson said.

In the Cogito acquisition, Syncsort, besides buying tools, was buying skills, he noted. “DB2 is a place we didn’t have a lot of expertise in the company. It is a way we can acquire some of the best expertise in the industry.”

The company acquired U.K.-based William Data Systems in February 2015. “Acquisitions are a very important tool in our innovation toolkit, as a complement to the fantastic products we’re building organically in our software labs,” said Lonne Jaffe, then CEO and currently a senior advisor to the Board of Directors at Syncsort. “William Data Systems will bring us both extraordinary talent and highly differentiated intellectual property that will advance our ambitious technical strategy.”

In 2013, the company acquired U.K.-based Circle Data group, kicking off the acquisition-based and organic growth strategy announced by Jaffe.

Previous: Catching up with Michael DePasquale, CEO of Wall-Based BIO-key
Next: N.J. took $1.4B from your phone bill for new 911 system but never delivered