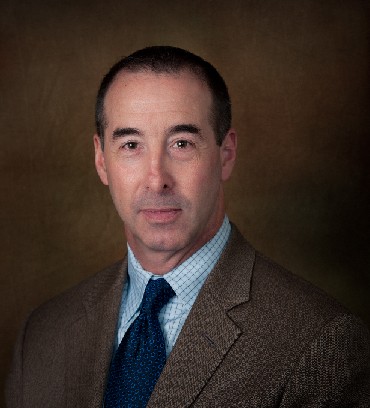 (NJTechWeekly.com publishes a monthly roundup of selected, relevant stories that appeared on NJ-Connect, a website developed by the NJ-Connect Meetup group in Red Bank. The website aims to fulfill the same objectives of that group: raise awareness for technology companies and professionals in New Jersey and create a forum for those individuals and organizations to connect. These stories were published in August, 2013.)

LINDEN – IMM has further advanced its interpretive technology to extend the processing power of TotaleAtlas, its electronic eSignature and document presentment platform.

The provider of this workflow and document solutions for financial institutions has further advanced the technology to be able to read, recognize and process content of virtually any document. This includes proprietary documents from other systems or applications.

“Certain documents that are generated for banking transactions, such as forms from mortgage origination systems, can now be easily incorporated into our in-person, mobile or remote eSignature environment,” John Levy, EVP and Co-founder of IMM said.

“Enterprises have many options to deploy resources in a virtualized data center or cloud, but require a better way to protect this environment and create more value from the data it manages,” David West, Senior Vice President of CommVault said.

Simpana VM Archiving is available to customers at no additional cost and is integrated into the CommVault singular platform, enabling enterprises to deploy, protect and archive virtual and physical servers from a single management console.

“Current trends such as virtualization, cloud-computing and IPv6 are making our customers’ networks increasingly complex,” Reuven Harrison, CTO of Tufin Technologies said. “The new T-series appliances provide the power, scalability, and management functionality that our customers require to manage policy issues in such environments.”

“This new release extends the capabilities of AccessToGo, our already proven RDP client portfolio, with a mobile client that empowers users with even better performance and simplicity, while lowering the learning curve and mitigating IT and helpdesk support overhead,” Eran Heyman, Ericom’s software CEO said.

Launchpad is a multichannel platform that includes a full range of marketing channels integrated into the dashboard. This streamlined setup allows clients to facilitate planning, delivery and optimization of campaigns across email, online display advertising, social, and mobile and direct mail channels.

“The new platform is a game-changer for helping mid-sized businesses and SMB’s reach beyond their existing customer base to engage with new prospects who look just like their existing customers,” Paul Chanko, V12 Group’s founder and CEO said. “Launchpad offers an easy-to-use interface, enabling simultaneous, cross-channel outreach to hundreds-thousands-millions of prospects depending on the criteria.”

MAHWAH – WeComply Inc. [ed. Note: an online ethics and compliance training company] announced its I-9 Compliance Course, helping employers and managers to understand how to complete and use the U.S. Citizenship and Immigration Services (USCIS) Form I-9.

This form must be filled out for compliance with the federal law regarding employment eligibility that became effective May 2013.

“Hiring managers are responsible for properly completing and retaining Form I-9 for every new employee,” Mike Pallatta, WeComply CEO said. “In addition, managers must properly check the documentation of all new employees to ensure only those authorized to work in the Unites states are hired.”

Ridgefield Park–Samsung Electronics America, Inc., announced today the incorporation of Evernote into its WB250F Smart Camera, allowing users to sync photos on all their devices that have the Evernote software.

“Consumers want to take great pictures that they can share with their family and friends,” Ron Gazzla, Vice President of Marketing for Digital Imaging said. “With the addition of Evernote to Samsung’s WB250F, users can now seamlessly sync their images across devices and share their photo memories with other Evernote users.”

Previous: SPONSORED POST: Zoom In: How to Speed Up Sales by Narrowing Your Focus
Next: State websites, MVC offices back up after power outage