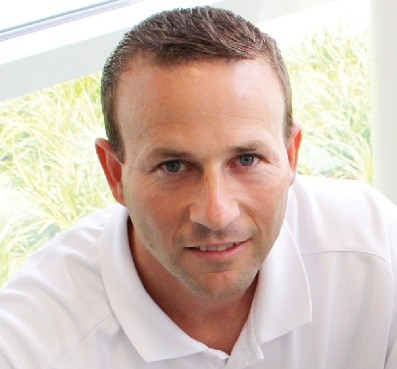 Citing a booming market and interest by many companies in digital healthcare intellectual property (IP), Switch2Health (S2H) — a New Jersey healthcare startup with a mission to motivate individuals to lead a healthy lifestyle — has made a partial exit, shuttering its consumer platform and selling its considerable IP portfolio.

The New Brunswick startup will continue to operate its B2B corporate wellness platform, however.

The company developed activity tracking technology along with a Web platform, and provided this offering at low cost so that it could engage many people and “make a difference in society,” Cofounder and CEO Seth Tropper said.

NJTechWeekly.com interviewed Tropper, who discussed his startup’s journey to this point. After the company was started in 2007, the founders (Tropper and Amado Batour, vice president and creative director) spent nearly a year and a half researching issues related to obesity and sedentary lifestyles. They saw a problem and decided they wanted to develop a solution. The founders traveled the country, speaking to companies and experts about what S2H could do to help.

“At that time, you couldn’t go a day without hearing something in the media about obesity, children and the impact to corporate America on wellness,” Tropper told us. An article had come out identifying companies that were using cartoon characters to promote foods with poor nutritional values, he said.

“We talked to many of those companies and sat in the boardrooms with their chief marketing officers (CMOs), and a lot of them really wanted to be a part of the solution.”

The startup defined its mission as figuring out how to incentivize people to be active. It developed a device-linked gamification reward structure to make tracking health exciting.

“We followed the typical startup path. We had to pivot several times, still with the same goal in sight: to motivate people. We contemplated different ways to go about it.”

S2H launched its consumer platform about three years ago, partnering with several key celebrities and athletes, and received some very good press. The startup was mentioned on the “Today” show, “Good Morning America,” and “Dr. Oz,” and made it into the pages of Oprah’s magazine.

“We got a lot of customers … However, to build the brand requires significant capital,” Tropper pointed out. “You need to raise a lot of money to build the next Nike Swoosh. It’s challenging to raise financing around a consumer product.”

During the beta stage, they ran some trials with companies such as Starbucks and National Semiconductor. “We took everything we learned from those trials and built a platform called the S2H Challenge. That was launched less than two years ago,” he said.

“At the end of the day, we have a platform that works, we have some customers, we have some repeat business, we’ve driven revenue,” Tropper said. However, with difficulties in the financing environment, it was tough for S2H to raise money in order to add the resources necessary to grow the company in both consumer and corporate wellness, he said. Plus, the startup was beginning to see quite a lot of competition, and some of its competition was well-financed.

However, S2H had an advantage in the form of a considerable portfolio of intellectual property, Tropper told us. When he tested the waters, he was gratified to see how much interest was out there for his company’s patent portfolio.

Looking back, he said he was not surprised: “This is a booming industry and there is a lot of awareness out there from a lot of companies, and many of them found this IP interesting and wanted it. We held some valuable assets.”

“We had inquiries from close to a dozen companies. We received a couple of offers, and I did accept an offer from the leading wearable device and activity tracking company.” Tropper declined to name the company, due to confidentiality agreements. The intellectual property was sold in September 2013.

“We’ve worked out an agreement that enables us to continue with our corporate wellness platform,” he said. The focus now is on corporate and not consumer, and several customers are using the platform successfully.

“Can we grow it?” he asked rhetorically, “We’ll have to see …We have some key differentiators. We are device-agnostic, although some of our competitors are also. We are very customer- service focused and can offer a truly customized platform to our clients.”

“We also have multiple opportunities for people to get engaged. It’s not just digital activity. We have an educational component, and we have a robust rewards platform beneath it that is different than others out there in the marketplace.” The platform also provides analytics as well, he added.

In the end, Tropper says he is excited about S2H’s next chapter.