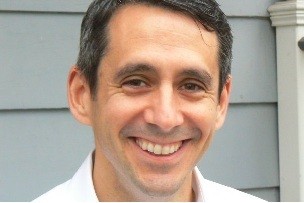 Clever Commute: NJTechWeekly.com spoke recently to Joshua Crandall, founder of Clever Commute (Montclair), about his highly publicized dispute with New Jersey Transit (NJT) over a feature of his premium service, The Inside Track. The issue has been covered by the Wall Street Journal in both a blog post online and an article, both of which have prompted some interesting comments by app users.

To recap what has happened: NJT released to developers an application programming interface (API) containing train information in the hopes that they would create some great applications with it. Crandall, whom we first met at the inaugural Montclair Tech and Media Startups meetup, used the data to build and market a Web-based app for commuters.

As a premium service, Crandall let commuters in on data NJT provided about the tracks on which trains were to depart New York’s Penn Station. The Inside Track information was available to users before it was posted on the boards in Penn Station. NJT later decided to withhold the track information from its feed.

For anyone unfamiliar with the commuting conditions at Penn Station, they are not good. Commuters currently face a cattle call situation in which everyone rushes toward the train the moment the track is posted.

Crandall wants everyone to know that Clever Commute is alive and well and The Inside Track is still extremely useful, even without the departure track information. A video of how the app works is available here.

Much of the app uses information crowdsourced from those who have already taken the train, employing technology that lets commuters notify each other when trains are late, disabled or affected by transit emergencies such as a sick passenger or police activity. However, Crandall uses other aspects of the API to build utilities that benefit passengers.

One feature alerts passengers to pre-announced factors that could delay a train, such as sporting events or Gridlock Alert Days. Another new feature provides track numbers for trains that have officially departed the station. As Crandall explains, “If you think you’ve just missed it [the train], you can now find the track to see if it is still in the station.” Crandall keeps improving the app, but users are clamoring for the departure track information’s return.

NJT has said the reason it is no longer providing that information is it was accurate only 22 percent of the time. The tracks are owned by Amtrak, which apparently means the transit company can’t really predict which track a train will use.

Clever Commute, of course, disagrees with NJT’s assessment, and Crandall notes commuters agree with him. As he said, a rational consumer would have to ask, If the information was right only 22 percent of the time, why were people paying for it? And why were they unhappy when they were no longer afforded the opportunity to pay for it?

Crandall noted his app had fully disclosed that the information could be inaccurate. People still wanted it. “We are saying, ‘Treat us like people, and don’t make us go through a cattle call if it’s not necessary,’ ” he added.

After investing time and money to build a product that resonated with commuters, Crandall is not willing to simply walk away. He said, “I’m now at a point where I have a three-pronged approach to engaging NJT, but the ball is in their court,” adding that he would like to sit at a table with NJT so they can work things out.

Kuratur: Kuratur (Red Bank)founder Kirsten Lambertsen has told NJTechWeekly.com her company had launched its beta website and been accepted into the Betaspring accelerator program (Providence, R.I.). Kuratur’s tagline is “Transform your favorite social media sources into a beautiful Web magazine in minutes.”

Said Lambertsen, whom NJTechWeekly.com first encountered at an NJConnect Meetup in Red Bank, “I am currently staying in Providence and will be here for [several] more weeks to complete the program. There are 13 startups participating in this cohort. We have just completed the ‘CEO speed dating’ process, which is common to many accelerator programs. I met nearly 40 mentors, investors, potential customers and connectors in five business days. It was exhausting and wonderful. The feedback was invaluable.” The program began August 20, 2012.

Kuratur isn’t Lambertsen’s first company. She founded BeautyRiot.com, which offered the first virtual beauty makeover on the Web, in 2000 and sold it to Total Beauty Media in 2009.

StearClear: If you want to hear a confusing funding story, listen to the one about StearClear (Wyckoff), the startup that uses teams to take you home in your own vehicle when you’ve consumed too much alcohol to drive. The company has announced it has received a total of $1.1 million in funding, with $600,000 in new money coming from a round led by Jumpstart NJ Angel Network (Mount Laurel) angels.

However, when you get down to the numbers, as TechCrunch points out, the funding has come mostly from the founders — Craig Sher, Ken Schwartz, Andrew Bares and Harjinder Sidhu, who created the startup in November 2011 — themselves. We covered StearClear here when it launched.

It now appears that five angels have contributed $125,000 of the $600,000 in new funding. Jumpstart angels Thomas Chisholm and Neil Rosoff will join the company’s board.

StearClear has a unique distribution strategy. Sher told NJTechWeekly.com early on that the company would be selling franchises for the service. Now numbers have emerged: franchise owners will pay StearClear $30,000 and keep 80 percent of the profits, the company says.

Customers have the option of registering a credit card and paying within the app or paying the driver in person. The rate is $20 per pickup plus $2.50 per mile. Premium members can pay $5 per month to get the discounted rate of $15 per pickup plus $2.25 per mile, the cheaper option even if used only once a month. The price is on average 20-30 percent lower than that of a black car service and around 5 percent more or less than a local cab ride.

StearClear launched in August in Bergan County. Users download an app which helps them arrange the ride. They are presented with a list of nearby bars and restaurants to be picked up from. Addresses can be added and saved as a destination address. The mileage and ride price is automatically calculated prior to placing the order.

The company plans to blanket Northern N.J. with franchises by the end of the year and then expand the service regionally and nationally.