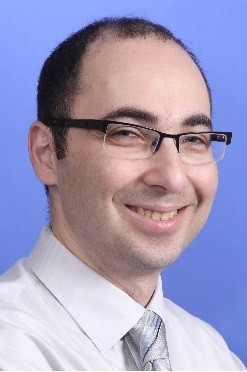 Ofer Shapiro of Vidyo. His company just received an investment of $17.1 million. | Vidyo

Vidyo: Vidyo, the Hackensack-based late-stage startup in the personal telepresence and video conferencing field, received a $17.1 million investment in late April. Leading the new funding was Triangle Peak Partners (Calif. and Houston, Texas). Vidyo said it will use the funding and increased access to capital to accelerate its sales, expand global market share and broaden the adoption of its VidyoWorks platform.

In a statement, Dain DeGroff, cofounding managing director of Triangle Peak, called Vidyo an innovator that has “sparked the mass adoption of its technology.” The venture capital and private equity firm is known for working with its portfolio companies to help create value.

Vidyo has released numbers for 2012 that show 68 percent year-over-year billings growth and said it had made new inroads into the healthcare, education and enterprise business markets.

The company also announced that it had achieved a big win by partnering with the Alaska Native Tribal Health Consortium to add Vidyo’s visual communications and collaboration solutions to the company’s existing statewide telehealth network, called AFHCAN.

ConnectYard: Wayne-based ConnectYard (which NJTechWeekly.com covered in a spotlight on N.J. tech startups here and here) said it is releasing a new application for Microsoft Office 365 Education that will “allow for anytime, anywhere communication and collaboration” across a variety of devices and operating systems. The company is edging into the corporate communications space from its campus communications model.

In a statement, ConnectYard said that with more students and employees working remotely, the new Microsoft capability will let organizations bring the right people and information together instantly. It will also increase the speed of communication, ultimately raising productivity levels and reducing technology deployment, training and support costs, the company promised.

In a release, Microsoft said that with the ever-expanding number of communications options available to students, faculty and administrators, schools, colleges and universities are recognizing both the opportunity and necessity of extending communications beyond traditional email  to facilitate greater engagement and increase productivity.

Pervasive Group: Clifton-based Pervasive Group, a TechLaunch accelerator company, has announced that its MMGuardian product, available to Android users, has been optimized to be delivered through wireless carriers. MMGuardian is a CTIA — The Wireless Association E-Tech Award finalist in the mobile category. Pervasive will conduct a live demonstration of MMGuardian on the exhibit innovations stage in Booth 5646 at the CTIA 2013 show on May 22, 2013, at 12:30 p.m. in Las Vegas.

MMGuardian can now be carrier-branded and internationalized, and it is ready to be deployed in any carrier app store or co-branded on Google Play. The product is cloud-based and requires no capital expenditures, complex network integration or time-consuming testing cycles from the carriers, the company explained.

The site offers a look at each town — which has its own “curator” — and its surrounding area, providing information on events, restaurants, movie times, school news, recreational activity sign-ups, recycling schedules and more. It also offers online deals on everything from home furnishings to toys to sporting events. Along with local color provided by each town’s curator, features on home design, fitness, food, parenting, fashion and fun are included by specialty editors on a weekly basis. The site also recently launched a forum page, designed to involve its readers in the conversation.

Zengel founded the company with his daughter, Sarah Zengel, and brought on Richard Ginn. Ginn, a former teacher of the year at “the U.S.’s No. 1 technology high school” and now president of the firm, “is responsible for much of our recent growth,” said William Zengel. Since 2009, Ginn has taken BRP from $50,000 in sales to $1 million, Zengel told us. The concept evolved from BRP’s enrichment programs for children and teachers in gamification. “We currently serve up to 10,000 participants a year in these programs,” said Zengel. BRP is currently seeking angel funding.

Bradford & Crabtree: Bradford & Crabtree is a NJ-based app development shop with two new whimsical apps. Bryan Wong, an Old Bridge native and company cofounder, and Michael Tesalona, a Manalapan native and cofounder, told us about them. The first, iHarlem Shake, is based, of course, on the viral videos that have popped up all over the Web. Users can use iHarlem Shake to create and share their own Harlem Shake videos. The app even has a slow-motion effect.

The second, The Girly Man Test, lets users play a prank on their friends. Users can record a personalized message to invite others to take the test. Players shake the phone strongly to receive a score.  Of course, the test is “fixed” for pranksters and will always give them a good score. But when friends try it, no matter how hard they shake the screen, they will lose.