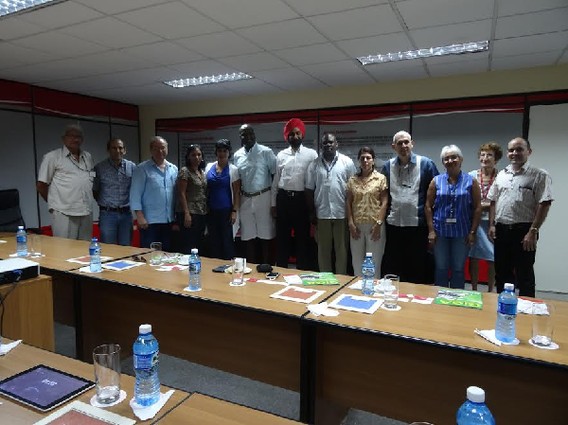 Several members of the New Jersey Tech Council went on a trade mission to Cuba in early April to see if there were any synergies between the tech industry in Cuba and that in New Jersey, and to find opportunities for future partnerships.

“Overall, the trade mission was a resounding success,” said James Barrood, president and CEO of the NJTC. “A dozen of us had the opportunity to learn about the fascinating Cuban culture and society. We also had a series of meetings with industry and a few entrepreneurs as well (a scarcity in this socialist country).

“We were impressed with the innovations coming out of the biotech centers, as well as the educated and talented workforce. We all came away with a favorable perspective regarding the trade possibilities in the years to come. And we look forward to keeping in touch, so our businesses and our region can take advantage of the opportunities ahead.”

NJTechWeekly.com asked several of the individuals who traveled to Cuba about their most memorable moment, but few could limit themselves to just one.

Barrood said that his most memorable moment came when he learned that “in spite of being a small developing country with limited resources, Cuba’s leading biotech institute had developed the first world-approved therapeutic vaccine for lung cancer treatment.”

Gene C. Waddy, CEO of the IT-staffing firm Diversant (Red Bank), said that he went on the trip to position his company “to help American firms source technical talent from Cuba in the future.

“Conversely, our U.S.-based clients can be a major part of upgrading the technology infrastructure on the island from a telecommunications standpoint. Internet access is very limited, expensive and slow. Also, the proliferation of cellular phones is increasing rapidly. … These are all business opportunities,” he said.

Waddy was excited by the Cuban population’s high level of education, and by the potential this population holds for an IT-staffing company. “When the doors open, the Cuban technology experts will be able to travel to the U.S. and work for companies here,” thus generating a demand for placement opportunities.

“I can also envision call centers and tech-support centers in Cuba as an alternative to India, which, because of the time difference, sometimes can be difficult to manage. Cuba is a hidden gem for us,” he said.

Inderpal S. Mumick, founder, chairman, and CEO of Kirusa (New Providence), told us in an email interview that he saw “a huge opportunity for New Jersey technology companies to partner with companies in Cuba.”

As an example, Mumick referred to Copextel, a Cuban IT-services company operating in multiple verticals, with a staff of over 5,000.

“When we went to meet with Copextel on the last day of our visit to Havana, we were greeted by more than ten people from the company, including several vice presidents,” he said.

“My company, Kirusa, develops mobile technologies, including a mobile app, InstaVoice, that helps people  get missed calls and voice messages on any smartphone or tablet,” with a user-friendly interface.

“Copextel expressed a keen desire to partner with Kirusa to bring the solution to Cuba, and immediately assigned a resource from their side to take this forward.

“While execution must await more progress on the political front, the example illustrates how the action by President Obama opens up opportunities for tech companies in New Jersey and in the U.S.A.,” Mumick said.

He noted that there had been a lot of commentary from the Cubans the NJTC delegation visited about their country’s dependence on oil for generating electricity. Cuba gets almost all its oil from Venezuela, and that has some political implications from a U.S. perspective, he said.

“We heard people say they were very interested in investing in renewables” for economic reasons, but also for environmental reasons. It was so sunny there, he added, that the opportunities for solar energy were obvious.

“At the end of the trip we went to a resort area called ‘Varadero,’ and we met with a couple of professors that are involved in promoting tourism and looking to build out the tourist infrastructure.”

According to Hammell, the professors were also looking into the environmental impact of tourism, as they wanted to avoid the mistakes made by neighboring Caribbean islands that had become overdeveloped. They said they wanted to follow a model more like Costa Rica’s, rather than emulating those neighboring islands, he told us.

Hammell mentioned that when he was at the airport waiting for his flight home, the power went out three times during the two hours he was there, making the point that Cuba still does not have reliable electricity.

“I wasn’t able to meet with the utility company that is in control in Cuba, but I’m planning to do that on a follow-up visit,” he said.

Hammell wants to go back to Cuba, but added that “we have to make sure that relationships will continue to thaw so it’s worth our investment to keep trying to develop business relations there.”