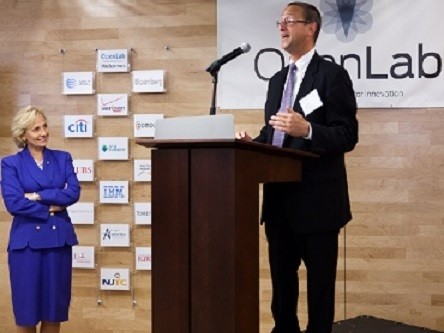 We all knew that tech is an important sector here in N.J. but some statistics released in May confirm this

N.J. ranked ninth in the nation with 195,500 tech industry workers in 2012, a slight increase of 700 jobs from 2011, according to the TechAmerica Foundation (Washington) release of its 15th edition of its annual Cyberstates report.

N.J. tech workers earned an average annual wage that was the fourth highest in the nation at $105,400 in 2012.  This represented 85 percent more than the average private sector wages of $57,100 in New Jersey, the report said.

There were 14,700 tech companies in N.J. 2012, and N.J. ranked eighth nationwide for the number of tech companies, the report said.

Cyberstates is a report that looks at tech employment, wages, and other key economic factors nationally and state-by-state.  Cyberstates 2013: The Definitive State-by-State Analysis of the U.S. Tech Industry covers all 50 states, the District of Columbia, and Puerto Rico. The report 2013 relies on data from the U.S. Bureau of Labor Statistics. The 2012 data is derived from the first and second quarters of 2012

“New Jersey plays an important role in the nation’s innovation economy,” said Matthew Kazmierczak, Vice President of the TechAmerica Foundation and author of Cyberstates. “New Jersey has many critical technology clusters, especially around R&D labs, telecommunications, defense, and programming.  Tech is attracted to New Jersey’s…colleges and universities, highly educated workforce, and to the proximity to Philadelphia and New York City.”

New Jersey had significant employment in a number of industry sectors, including ranking sixth nationwide in space and defense manufacturing with 7,100 jobs.  Its computer systems design industry employed 65,100 workers in 2012 and Internet and telecommunications industry had 43,200.