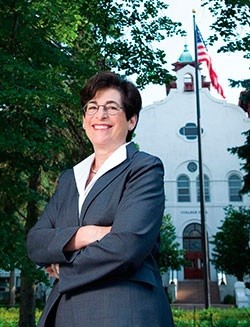 According to the letter, which was published as an advertisement on the website Politico, “The combination of eroding federal investments in research and higher education, additional cuts due to sequestration, and the enormous resources other nations are pouring into these areas is creating a new kind of deficit for the United States: an innovation deficit.

“Closing this innovation deficit — the widening gap between needed and actual investments — must be a national imperative,” the letter continued.

Calling on Congress and the president to reject unsound budget cuts and recommit to strong, sustained investments in R&D, the letter said, “Ignoring the innovation deficit will have serious consequences: a less prepared, less highly skilled U.S. workforce, fewer U.S.-based scientific and technological breakthroughs, fewer U.S.-based patents, and fewer U.S. start-ups, products, and jobs. These impacts may not be immediately obvious because the education and research that lead to advances do not happen overnight. But the consequences are inevitable if we do not reverse course.”

The letter mentioned that while the path for resolving appropriations, the debt limit and a potential long-term budget agreement this fall is “unclear,” it is clear that the answer to our nation’s fiscal woes must include “sustained strategic federal investments in research and student financial aid to close the innovation deficit and bolster our nation’s economic and national security for decades to come.”

The presidents pointed out that more than half of U.S. economic growth since World War II is a consequence of technological innovation and that other countries such as China, Singapore and Korea have dramatically increased their own investments in the science, technology, engineering and mathematics (STEM) areas.