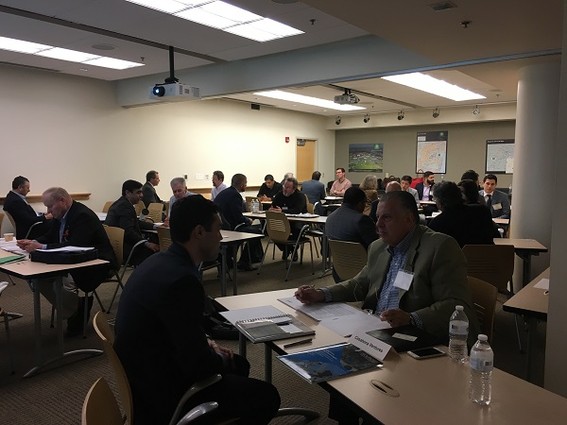 The New Jersey Economic Development Authority (EDA) will hold a “Founders and Funders” event with a twist on December 6. Startup founders who have already spoken to investors at any of the previous Founders and Funders meetings are being offered the chance to reconnect with those investors and update them on their progress, according to a press release.

They will also compete for an award of up to $50,000, which was approved by the EDA’s board for one New Jersey-registered life-science or technology company that’s presenting at the meeting. The award will be in the form of a forgivable loan, presented on the condition that the recipient receive a minimum 1:1 matching of outside, third-party investor equity in the year following attendance at the event.

All past participant companies are invited to register, and 20 will be selected by an independent panel to participate in one-on-one sessions. The event will be capped off with lightning presentations by five companies selected by investors from the 20 participating in the one-on-one meetings to determine the recipient of the prize. There will also be a panel of entrepreneurs sharing their insights on fundraising, maximizing relationships with investors and the path to exit. All NJ startups and interested parties are invited to network and learn from the panel of entrepreneurs.

The December 6 “All-Stars” event will take place at the newly created 32,600-square-foot Biotechnology Development Center, on the campus of the EDA’s Technology Centre of New Jersey, in North Brunswick. Returning companies wishing to participate in one-on-one meetings must submit a one-to-two-page executive summary no later than October 31. All others must register by November 27 in order to attend.  For more information and to register, visit this website.

The EDA has made its first award under the NJ CoVest Fund, announced in April and described here. The fund, which was officially launched in August, awarded $250,000 to Somerset-based Reflik.

Founded in 2014, Reflik crowdsources talent, using its extensive network of recruiters and industry professionals to generate efficiency for human resource professionals looking to find top candidates in less time. The company uses a tech platform and a “robust algorithm” to pick what it says are the best candidates.

To date, Reflik has built a nationwide community of more than 13,000 individual recruiters and staffing agencies, and cites growth for the first half of 2017 at a rate of 1,200 recruiters added per month.

Reflik says it will use the funds to extend the reach of its recruitment network and its base of corporate customers. The company also expects to grow its sales force from two to six over the next 18 months. The CoVest award is a loan with a 3 percent fixed interest and 10-year maturity, with no payments due for the first seven years.

According to the state, in order to be eligible for CoVest funding, a company must:

Previous: Synchronoss to Refocus on Communications and Media Businesses after Period of Uncertainty
Next: At the Intersection of Healthcare and Technology, Artificial Intelligence Rules